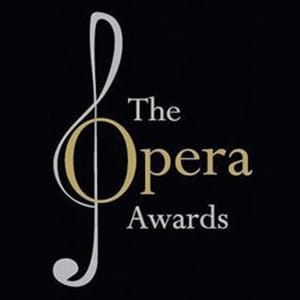 The International Opera Awards, with its aims of celebrating excellence and providing bursaries for emerging talent, has a fair claim to becoming the Oscars of the Opera world. The 2015 nominations for the various categories were revealed on Wednesday, in the elegant surroundings of ‘Hush’ in Mayfair, where critics, publicists and sponsors met to hear the shortlists, from which the winners will be selected and announced at the awards ceremony on April 26th. This year, the event will be at the Savoy Theatre, with tickets available to the public (as opposed to the previous ‘closed’ style) which is a step in the direction of the co-founders’ aim to emphasize that Opera is for everyone and not confined to an elite.

That desire to broaden the appeal of Opera is evident in the very wide-ranging nature of the nominations and the highlighting of such areas as Accessibility, Newcomer, Readers’ Award and Young Singer. In the first of these, Opera North is among the nominations, and in the last, many opera-goers will be pleased to see that Angel Blue and Justina Gringyte are listed. The ‘Readers’ Award’ naturally focuses on established artists, and we don’t envy the jury its task of choosing between such names as Susan Graham, Nina Stemme and Jonas Kaufmann.

It’s pleasing to see ENO prominent among the nominees, with the Company as well as its Chorus and its new production of Benvenuto Cellini all in line for awards; its competitors include the Komische Oper Berlin in the Company category and the Met’s Prince Igor amongst the productions. Garsington is listed in the Festival category – the sole British festival in this year’s list for that award – and in the special award for Richard Strauss Anniversary Production (in memory of Michael Kennedy) the Royal Opera’s Die Frau ohne Schatten and Glyndebourne’s Der Rosenkavalier both make the grade.

The hotly contested areas of best Male and Female singer might well give the jury a few sleepless nights, given that the nominees include Christian Gerhaher, Michael Spyres and Iestyn Davies amongst the former group and Anja Harteros, Anna Netrebko and Joyce di Donato amongst the latter. The ‘Rediscovered Work’ category presents similarly tough choices, with Martinů’s What Men Live By (Czech Philharmonic) and Donizetti’s Les Martyrs (Opera Rara) amongst the nominees.

You can see the full list of nominees at and tickets for the awards ceremony may be obtained from www.operaawards.co.uk