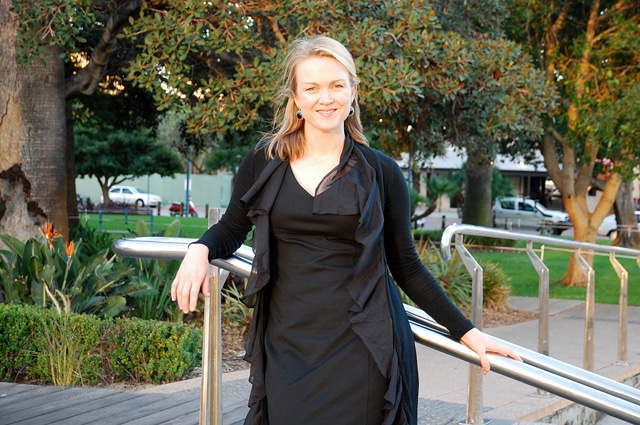 The Australian mezzo-soprano Caitlin Hulcup has been making quite a name for herself in some of the most prestigious opera houses around the world, and she will soon return to Garsington Opera (after having sung there in the 2013 Maometto secondo) to sing her first Idamante, in Tim Albery’s new production of Mozart’s Idomeneo, in which Toby Spence sings the title role. Caitlin found time to talk to us about her new role and her career, as she prepares for the first night on June 19th.

OMH You already have a very wide repertoire: could you say a little about the roles which have particularly inspired you so far: Octavian seems an obvious one, but are there others to which you’d especially like to return?

CH Yes, Octavian is of course a great role which I’ve sung in Florence, Moscow and Beijing and I’ll return to again next year. I’d like a chance to sing Gluck’s Iphigenie en Tauride again. It asks for so many colours and passions and the whole piece is a masterwork. In fact, there are interesting parallels between the sacrifice scenes in Iphigenie and Idomeneo. The stories are also linked through the character of Elektra who is Iphigenie’s sister.

OMH This will be your first Idamante. It’s a role about which directors seem to have very definite views: should it be a tenor – it was Pavarotti’s UK debut role at Glyndebourne – or a counter-tenor (or a male sopranist as in the recent Royal Opera House production) or a mezzo-soprano? Do you have a view as to the relative merits of each voice type in the role?

CH I’m very happy of course Tim decided for a mezzo! We know Mozart only rewrote it for tenor when his castrato didn’t live up to expectations. Casting a mezzo today offers good contrast for the ears, since Idomeneo, Idamante, Arbaces and the Grand Priest are otherwise all tenors. Given that Mozart wrote for women to perform as young men, as with Cherubino, I think there is enough precedent for Idamante to be sung by a mezzo.

OMH Idomeneo is seen by some critics as an opera that’s almost as difficult to stage successfully as Don Giovanni. How would you characterize the particular problems which it presents?

CH Mozart could assume his audience knew the back story and characters to the wars between Crete and Troy. He doesn’t waste time and drops immediately into the family drama, so the audience needs to pay attention right away. A lot of the plot then hinges on some heavy vows Idomeneo makes to the Gods, and it’s important to get across that Neptune plays a major role in everyone’s psyche. He also has some sort of monster menacing the populace from somewhere out to sea, so how to present this threat can be a challenge to the staging.

OMH What is your view on ‘modern’ opera productions, or what some would call Regietheater?

CH In my view, the best productions deliver the story in a meaningful and memorable way, also allowing the musical score and the text itself to shine. I love to work with directors whose imagination and creativity are directed toward those goals; then you have really powerful opera on your hands, with no cheap gimmicks or short cuts.

OMH For some of the audience, this will be their first Idomeneo, although if they are theatre-goers they may recall that wonderful speech in Amadeus (especially now that Peter Shaffer has just died!) in which Mozart includes it in his tirade against “anguished antiques” and declares that “All serious operas written this century are boring!” How would you characterize Idomeneo for someone who has never seen it?

CH I’d say this is one of Mozart’s most heartfelt and complete works of musical drama, and not for a single moment boring!

OMH You’ve sung at Garsington once before – how would you describe the special qualities of this house?

CH This is a unique stage and not only does it look impressive, but the sound is fantastic too. There are some unusual factors, such as combining stage and natural lighting until the sun goes down, but this space has all that’s necessary for top quality work to happen there.

OMH Your background training is as a string player and you were in a quartet: that’s fairly unusual. How does having been a violinist make a difference to your singing?

CH I always wanted to be able to make the violin sing and communicate, so the two things were quite close in that way. I’m always grateful for the experience of having played in orchestras, and still aim to make chamber music with them.

OMH Your vocal training included working with the great Janice Chapman, who must have been a strong influence. Are there any others – singers in particular – whom you would say have influenced your career so far?

CH The work of a singing teacher sometimes goes unacknowledged and I’ve certainly been lucky to train with Janice. I’ve had to educate my ears too, as we all do, by listening to other singers. It’s not only mezzos, but I’m a big fan of Anne Sophie von Otter, Lorraine Hunt Lieberson, Ann Murray, Angelika Kirchschlager, Brigitte Fassbender, Regine Crespin, Marilyn Horne, Christa Ludwig… actually I’ll stop here because there are too many to mention.

OMH After Garsington, to which roles in your future schedule are you most looking forward?

CH I look forward to singing Irene in a new staging of Handel’s Theodora later this year. People may know the work from an outstanding production a few years back in which Lorraine Hunt Lieberson sang that role. Irene’s role is full of beautiful melodies, so sincere and uplifting. I can’t wait to sing these and to get to work on this piece.