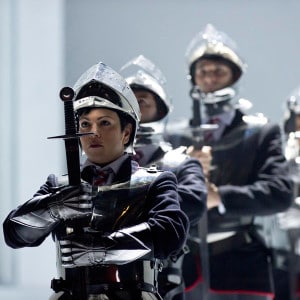 Glyndebourne Festival Opera has announced a new partnership with the Telegraph Media Group (TMG), with Telegraph becoming the opera house’s 2014 online Festival partner in the UK. Three full length operas will be streamed online from May to September, continuing the tradition of widening access to opera, an area in which Glyndebourne has always been prominent.

The BBC first aired Glyndebourne operas during the 1930s, and ever since broadcasts have been an integral part of what the house offers, taking in ‘Channel Four Goes to Glyndebourne’ and links with the The Guardian. David Pickard, the house’s General Director, said “We are delighted to be forming this association with TMG as we celebrate our 80th year. Glyndebourne has been at the forefront of digital developments in opera and this new partnership will bring our world class performances to an even wider audience.”

Booking for the 2014 season begins on March 10th, and the operas will be:

Rosenkavalier, from May 17th, with Kate Royal as the Marschallin, directed by Richard Jones

Eugene Onegin, from May 18th, in Graham Vick’s faithful production

Don Giovanni from June 7th, with Elliot Madore in the title role

Rinaldo from August 9th, with Iestyn Davies in the title part, and which I loved on its first outing in 2011