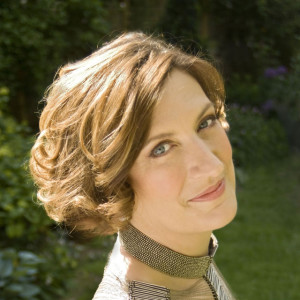 If Elgar’s The Apostles is not quite so highly acclaimed as The Dream of Gerontius, which the BBC Symphony Orchestra performed last weekend at the Barbican, this can only be described as a shame. The charge that it lacks the same dramatic pace is not invalid, but why it should do so is entirely understandable.

Elgar’s Apostles are predominantly human beings and these strange creatures have rather a habit of being frail and ambiguous. If the oratorio does not always seem to have the same unity of purpose as Gerontius, this may be a natural product of its exploration of the hearts and feelings of individuals who have ambivalent thoughts, and do not always move in straight lines.

What is harder to dispute is the beauty and quality of the music, and this in itself may derive from the opportunities that the subject matter granted to Elgar to express himself. Rather like the composer’s output as a whole, The Apostles presents everything from the most tender, soul-searching music to the most assertive, triumphalist sounds as it grapples with the full gamut of human emotions.

On the night all of the oratorio’s emotion and drama was brought out in a stirring, yet perfectly balanced, performance from the BBC Symphony Orchestra under the baton of Sir Andrew Davis. In the performance itself Davis reminded us just why at the start of the evening he had been presented with the Elgar Society Medal in recognition of his services in promoting the composer.

The evening also benefited from having a stellar cast of soloists, and if some of the combinations of individual voices did not always make for the most perfect blend, any criticisms that could be levied against the performances paled in comparison to what was good about them.

As the Narrator, Paul Groves utilised his direct, assertive tenor voice to excellent effect, and if occasionally it felt a little too strident this hardly mattered. As Jesus, Jacques Imbrailo appeared very much at ease as he produced a highly pleasing and rounded sound, although at times one wished that there might have been just a little more charge and focus. Sarah Connolly as Mary Magdalene delivered, as always, with her precise, resonant and feeling mezzo-soprano, while Brindley Sherratt brought his firm bass to the fore in a moving portrayal of Judas.

But on the night it was two other performances that really stood out. Gerald Finley never put a foot wrong as St Peter, while Nicole Cabell gave the most heartfelt performance as the Angel Gabriel and Blessed Virgin. With immaculate phrasing, a spellbinding cleanness of line, and vibrato that was used appropriately and sparingly, her performance encapsulated an evening that proved overwhelming precisely because it was so brilliantly sensitive.

This performance of The Apostles will be broadcast on BBC Radio 3 on 24 April at 2pm.