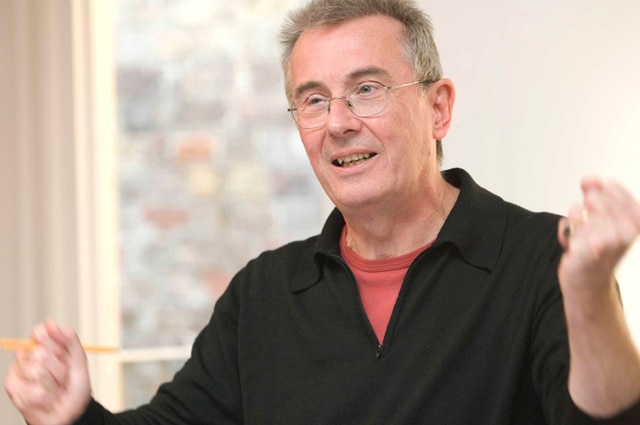 The plot of L’Oca del Cairo (performed here in English as The Goose of Cairo) is so silly that it would make Iolanthe look like Dialogues des Carmélites! No-one was more aware of the story’s shortcomings than Mozart himself who, after working on the music for several months in 1783, left the score incomplete. The libretto had been written by Giovanni Batista Varesco, but the composer foresaw that an audience would never tolerate the two principal women only appearing on stage at the very end of the opera, or sharing the same music for their respective cavatinas. After losing patience with Varesco, and with many other projects on the go, he decided to abandon the work.

It is worth noting, however, that in 1783 Mozart did not envisage it would remain incomplete at the time of his death. He believed that Varesco might in time produce something more suitable for his needs, and that the music he had composed was of such a high standard that it was worth waiting with. However, the fact that he left only around forty-five minutes of it meant that the opera was never performed. In 1990 Stephen Oliver completed it in what was to be his final large-scale creation before his death in 1992 and, although it has appeared in other countries, this performance from the London Mozart Players marked its UK premiere.

The story sees Don Pippo, the ruler of an island, keep his daughter Celidora and her companion, Lavina, locked in a tower, having bet Celidora’s lover Biondello that he cannot free them within a year. Don Pippo plans to wed Lavina (who also has a lover, Calandrino) and to marry Celidora to one Count Lionetto. This is because Don Pippo is something of a collector and wishes to lay his hands on the famous Goose of Cairo (some gold antique piece) that the Count, who he has never actually met, is promising as a wedding gift. This leads Biondello and Calandrino to don several disguises and offer Don Pippo substitute gifts as they attempt to release the women from the tower.

When Ian Page attempted to complete Zaide and Peter Sellars The Indian Queen, both added to what was there with other music by the original composer. Oliver took a far more radical approach in contributing music in his own style, which certainly had the advantage of not having to address the problematic question of what Mozart would have written. However, although it is very obvious which sections are by each of the two composers (the first transition from Oliver to Mozart is quite jolting), Oliver varies his own style across the opera to suit requirements.

For example, he comes out of one original aria with music that feels a little closer to Mozart’s own as he eases us back into his own compositional style, and exits another with a clarinet solo that feels vaguely reminiscent of the ‘orientalism’ to be found in Die Entführung aus dem Serail. While some of Oliver’s composition consists of cool yet rich strains that would seem to stand in the sound world of 199o that was shaped by, among others, himself and Jonathan Dove, other sections feel reminiscent of Britten, and some of the string writing even has a nineteenth century Italianate flavour.

Oliver originally wrote the libretto for the parts that he composed before having them translated into Italian, but this performance constituted the opera’s premiere in English and so here it was Varesco’s words that had to be translated. Like the opera as a whole, the libretto could be very funny. One standout scene involved Don Pippo reversing his servants’ roles so that the woman Auretta was given all of the manual and farming duties while the man Chichibio was assigned the cooking. This included the most memorable of lines, ‘It’s something like a fable / Me mucking out a stable / While all the horses neigh’!

This was the third of four concerts in the London Mozart Players’ Mozart Explored: 1783 series at St John’s, Smith Square. Under the baton of David Parry, the orchestra delivered handsomely, while members of the London Oriana Choir provided the chorus. The soloists, who included Fflur Wyn as Celidora, Soraya Mafi as Lavina, Ellie Laugharne as Auretta, Christopher Diffey as Calandrino and Victoria Simmonds as Donna Pantea, were also excellent. Special accolades, however, should go to Quirijn de Lang who provided a perfectly pitched portrayal of the mysterious Don Pippo, Robert Murray who tackled his vocal lines with verve as Biondello, and Alexander Robin Baker who was a class act as Chichibio. Although this may have been a concert performance everyone performed with spirit, and the prop of a golden goose in flight that was suspended in front of the east window was a work of art in its own right.

The London Mozart Players will perform their programme An Academy in Vienna on 26 May. For further details visit the St John’s, Smith Square website.