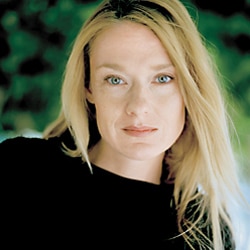 Bohuslav Martinů‘s Julietta (or rather Juliette, as it was here performed in French rather than the more familiar Czech) hasn’t been seen or heard in London for over 30 years. This concert performance by the BBC Symphony Orchestra was sure to make new fans for the composer in the 50th year after his death.

With the composer’s fellow countryman Jiří Bělohlávek in charge and mezzo Magdalena Kožená in the title role, there was an element of authenticity, with the choice of Martinů‘s last-minute French version (written on his deathbed) adding a taste of cosmopolitanism that reflected his nomadic life.

Michel, a Parisian bookseller, finds himself in a town he’s visited before but where all familiarity is skewed. No-one he encounters has any memories and he gets a growing awareness of being in a dream.

Things fold into different territory in the third act, with a move away from the personal to the communal, as the dream-state becomes a realm (the Central Office of Dreams) shared by others. Similarly, Juliette, the elusive girl he seeks, becomes a universal fantasy, some sort of archetype of a collective unconscious. To Michel’s consternation, everyone wants a piece of her.

The score of Juliette has a bewitching beauty, slipping and sliding like the main protagonist’s eerie mindscape. Martinů‘s habitual use of unusual instruments piano and accordion adds quirkiness and further flavour.

The libretto, based on George Neveux’s 1930 surrealistic drama subtitled la cl des songes (The Key to Dreams) is strong and Martinů adds layers of feeling and mystery that made the playwright declare he’d only ever glimpsed the story’s potential before. We can only speculate how things would have turned out had Martinů not managed to snatch the play away from Kurt Weill, who had previously secured the rights.

It might be thought that a concert performance of a work that unfolds as a dream would lack the necessary visual dimension. In fact, because dreams are as much about feeling as pictures, the music does most of the work. The illusion was aided, though, by Kenneth Richardson’s more committed than most “semi-staging”, which proved invaluable in helping distinguish between characters. With some doubling and figures constantly shifting and melding into each other, the use of costume and props was very welcome.

US tenor William Burden was a handsome and sympathetic hero, holding the stage for the entire opera, while others flit in and out in various guises. There were vivid characterisations from the likes of Rosalind Plowright (Bird-seller and Fortune-Teller), Jean Rigby (Fish-seller and Grandmother) and Roderick Williams (Man in the Window, Memory-seller etc). In particular, Swiss tenor Andreas Jggi played his roles of Inspector and Dream Clerk to the utmost.

Kožená was a celestial presence as the mysterious and alluring Juliette, while the BBC Singers provided a haunting, echoey background. Bělohlávek drew exquisite sounds from the BBC Symphony Orchestra.

Julietta haunted Martinů to the end of his life and it’s no wonder. It’s a captivating work, which insinuates like a wondrous, if infuriating and at times nightmarish, dream from which you’re reluctant to wake.

With no fully-staged productions of Martinů operas at the main London houses so far announced during this celebratory year, this was a major event for the composer’s admirers.

• Julietta was recorded by the BBC and will be broadcast on Radio 3 on Tuesday 31 March at 6.30pm.

• Martinů‘s opera Mirandolina will be performed at Garsington during June and July. Guildhall School of Music and Drama will perform The Marriage, also in June.

• Jiří Bělohlávek and the BBC SO will perform a complete cycle of the Martinu symphonies from October 2009.