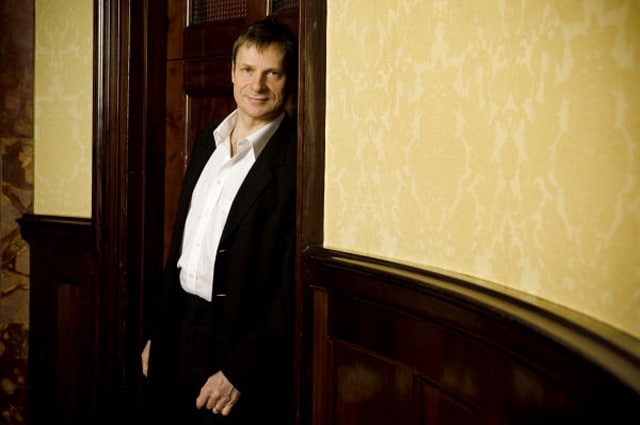 Schubert’s birthday on January 31st is always celebrated at the Wigmore Hall with a concert confirming this composer’s unique ability to move us with the most direct, simple and eloquent music. That might lead to the conclusion that the artists are amongst those who take few risks, or that the programme is mostly made up of less challenging repertoire, but as always this venue surprises with its daring choice in both areas.

Simon Keenlyside has not enjoyed good health of late, and the atmosphere in the packed hall was a bit like that which you sense when a much-loved player is on the field; is he really fit to play? Will he score any goals? Will he make it to the end? Happily, with the ever-empathetic, constantly encouraging Malcolm Martineau at his side, Keenlyside scored many musical and interpretative goals, and made it to the end with the omission of only one song.

Keenlyside never gives you coy or arch when he could go for muscular and forthright, and his Geheimes was the perfect example of that. Where others might sing a line such as ‘Weiss recht gut was das bedeute’ (I know very well what she means) with a definite verbal wink, he opts instead for outright enthusiasm, leaving it to Martineau to suggest the lover’s hesitancy.

Nachtstück is one of the most challenging of Schubert’s Mayrhofer settings, with its solemn introduction, hymn-like evocation to Night and profound treatment of the theme of death as release from suffering; it’s the ideal vehicle for this voice, displaying to perfection Keenlyside’s confident grasp of the narrative, his finely judged legato line – especially in ‘Du heil’ge Nacht!’ and dramatic phrasing.

Die Sterne (Leitner) and Der Wanderer an den Mond (Seidl) are two of the most frequently performed of Schubert’s songs, and here they were given heartfelt, warmly phrased performances. The former is one of those songs which appear simple on the page, yet require the most devoted attention from both singer and pianist; Keenlyside has the ability to begin a song as though it were a part of a ruminative conversation, so that ‘Wie blitzen / Die Sterne / So hell durch die Nacht (How brightly the stars shine through the night) seemed to arise naturally from Martineau’s delicate vorspiel, and both singer and pianist maintained that gehende Bewegung (sense of a walking pace) so crucial in this composer.

Der Wanderer an den Mond is similarly based around the idea of a lone observer of the skies, in this case contrasting the speaker’s rootlessness with the happy lot of he who stands upon his native soil: it’s the ideal vehicle for such a masculine yet sensitive voice, supported by playing of exceptional finesse.

Encores of songs by Hugo Wolf closed the evening, “Because I’ve missed Wolf as much as Schubert,” and whilst there were moments of roughness in the timbre and a slight sense of strain when high on the stave, as indeed could be heard in a few other songs, Keenlyside performed them with the expected commitment and dramatic excitement. It’s good to have him back.