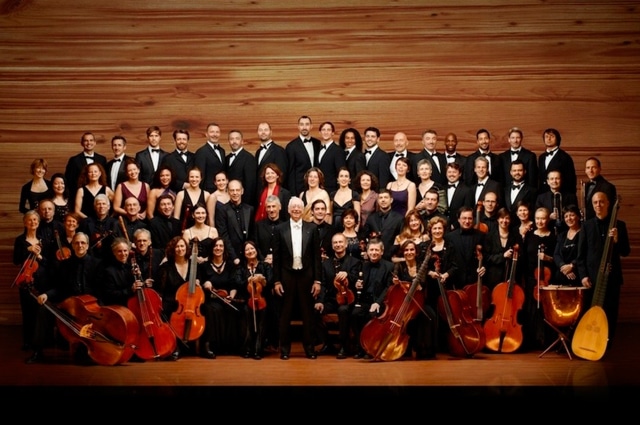 Words and music spoke louder than actions in this curious but enjoyable concert of courtly songs from the French grand siècle. In it, William Christie and singers and instrumentalists from Les Arts Florissants presented scenes from Marc-Antoine Charpentier’s Italianate pastoral, Amor Vince Ogni Cosa (‘Love Conquers All’), interspersed by solos, duets and ensemble songs by Charpentier, Michel Lambert and their contemporaries. During the course of the evening the audience was asked to imagine the singers as a troupe of performers rehearsing the pastoral for the French court, complete with stage directions, mock arguments and pretend flirting.

The action, such as it was on the Wigmore Hall’s cramped stage, could have been dispensed with. The flamboyant gesturing, basic costume changes (slipping jackets on an off) and occasional stage turns came across as rather mannered and distracting. Much more engaging was the music and its delivery by a fine team of singers. Emmanuelle de Negri, Anna Reinhold, Reinhoud Van Mechelen, Cyril Auvity and Lisandro Abadie are all seasoned performers in this repertoire and gave deeply felt renditions of a range of seventeenth century airs sérieux et à boire – ‘serious and drinking’, songs designed for reflection and entertainment – as well as scenes from Charpentier’s pastoral.

Presiding over all the fun and games on stage was Les Arts Florissants’ founder William Christie, directing from and occasionally playing the harpsichord. It was a sign of his experience and trust in his expert singers and players that he did little more than oversee the proceedings, casting a watchful eye and making the odd nod or hand gesture, but largely leaving the performers to get on with their work.