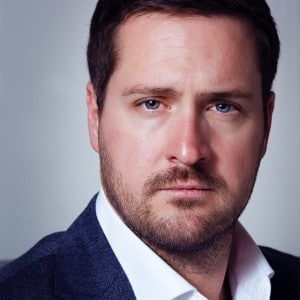 Although now in its fifteenth year, West Green House Opera remains something of a hidden gem. It differs from other summer opera venues such as Glyndebourne, Garsington and Grange Park in being built around gardens that constitute a visitor attraction in their own right. Each summer the opera house is placed on a lawn to one side while picnic tents appear by the lake on the other. Everything possesses a wonderful intimacy, and it is this that director Richard Studer plays on in his simple yet effective staging of The Marriage of Figaro.

It is hard, in fact, to picture Mozart’s comic masterpiece feeling any more pared down and vital. The set presents a grand chamber in an eighteenth century house that becomes Susanna and Figaro’s room, the Countess’  own and, with a few minor adjustments, the garden at night. With the orchestra only  sixteen strong, the chorus cut completely and the performance utilising Amanda Holden’s English translation (with no surtitles) the production fits its setting well. There is something highly pleasant about wandering through beautiful gardens, ‘stumbling’ across this small opera house and watching a classic that, by keeping things simple, enables the performers to shine.

The principals meet the challenge of being almost solely responsible for sustaining our attention, with several presenting highly multi-faceted performances. George von Bergen’s Count stands out as his face presents not only the bullying alpha male and the sweating figure who fears he is losing control, but also the man who is genuinely hurt at any thought that the Countess herself is being unfaithful. This may smack of double standards on his part, but dramatically it creates a highly intriguing character.

Von Bergen’s baritone is strong, but perhaps the best singing of the evening comes from Helena Dix as the Countess; she reveals  a  rich, vibrant soprano in ‘Porgi, amor’ and ‘Dove sono’, even if there is the odd imperfection and poor enunciation in the former. Her acting is not the most naturalistic, but it can be engaging as she switches from revealing a strong affection for Cherubino to showing contempt for his advances as soon as she is aware that others might be watching.

Ben McAteer is a suitably mischievous Figaro as he asserts his effective baritone instrument while, as Susanna, Caroline MacPhie reveals a clear soprano and excellent enunciation in a performance that proves to be just as sharp as the character. Anna Harvey produces a sweet sound as Cherubino, and although her portrayal does not always make us think that there is a boy standing before us this is not a major problem because the scene that includes ‘Voi che sapete’ possesses its own dynamism as it feels as if three women are having fun with two of them dressing up the third.

The only moment that really suffers from a lack of chorus is when Cherubino is introduced as a girl in Act III, because there is no group from which he can be identified as looking particularly pretty. The principals alone, however, bring all of the necessary dynamism to the wedding scene with the three happy couples skipping on and Don Basilio and Antonio (Mark Saberton), improbably yet amusingly, making up a fourth pair behind them. The Septet is also effectively rendered as the characters swirl into and out of different formations that frequently pit Susanna, Figaro and the Countess against Marcellina (Alison Kettlewell), Doctor Bartolo (Adrian Powter) and Don Basilio (Paul Curievici). Against these two groups of three the Count frequently stands alone suggesting that he is ultimately an isolated figure who really has no-one on his side.

Not every aspect works perfectly and the long scenes that close Acts II and IV do not build up tension soon enough, although once they hit stride they prove to be extremely tight and amusing. ‘Via, resti servita, madama brillante’ also lacks the sharpness in execution to bring out all of the humour in the insults that Susanna and Marcellina hurl at each other. If, however, enunciation at this point is not at a premium, across the performance as a whole its strength would put a lot of major opera houses to shame.

Jonathan Lyness’s conducting is highly accomplished, while the production also ends on a strong note. The Countess granting her forgiveness as soon as the Count asks for it can feel jarring because it seems so unlikely that he has changed. This production makes sense of the difficulty, however, by having her utter the words and then stand alone as everyone else dances in celebration. Her look is that of one who really had no choice but to say that she pardoned him, and as the Count offers his hand she knocks it back and storms off on her own.