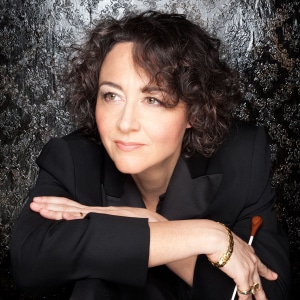 The Wigmore Hall scored another first – and a hit – with this London premiere of chamber orchestra Orfeo 55 under founder, director and contralto Nathalie Stutzmann.

Founded by Stutzmann in 2009, Orfeo 55 is based in the eastern French city of Metz, from where it is beginning to spread its wings. They have released three recordings of music by Vivaldi, Bach and Handel since 2011, and concerts are planned across various European cities during 2014-15. Their self-proclaimed aim is to present music with rigour, expressive freedom and emotional intensity. Judging from this concert, they deliver on their promises.

Their presentation of instrumental and vocal highlights from operas by Vivaldi and Handel was marked by genuine integrity. The programme was no hotpotch of highlights. Rather, the orchestral numbers were blended with the arias in a seamless flow of music that was either musically or thematically related. For instance, Vivaldi’s Concerto for strings in G minor, RV157, which opened the concert, flowed into the Adagio from his C major string concerto (RV109) and then into the plaintive ‘Vedro con mio diletto’ from Giustino.

Natalie Stutzmann has a contralto voice of great strength, suppleness and expressivity. It is fortunately devoid of the stodginess that can characterize some female altos, and her ability to reach the upper registers gives it a brightness and crispness. These qualities were ideal for her rendition of operatic arias by Vivaldi and Handel. ‘Sento in seno’ from Vivaldi’s Giustino, for example, was sung with genuine warmth and control, her voice soaring above lilting pizzicato strings that almost sounded like Tchaikovsky. Similarly, her ‘Scherza infida’ from Handel’s Ariodante was a technically peerless and highly personal account.

Stutzmann doesn’t only sing. She also conducts. Orfeo 55 is a handpicked ensemble, with players invited according to the works performed. They are also very familiar with the works in this concert (having recorded most of them), so they could have gone it alone. But Stutzmann’s calm, focused direction seemed to tease out the very best in her players. She sculpted clear phrasing and directed solo and ensemble passages with great precision. The instrumental works – string concertos and operatic sinfonias – were more than mere programme fillers, and the orchestral accompaniments to arias strengthened the characterization of the vocal lines. The cranking strings that underpin ‘Con questo ferro indegno… Gemo in un punto e fremo’ from Vivaldi’s L’Olimpiade sounded startlingly modern and highly appropriate in this anxiety-laden aria. Only once – during ‘Sovvente il sole’ from Vivaldi’s Andromeda liberata – did singer and players step out of sync,but a quick turn-around by Stutzmann quickly brought them back together again.