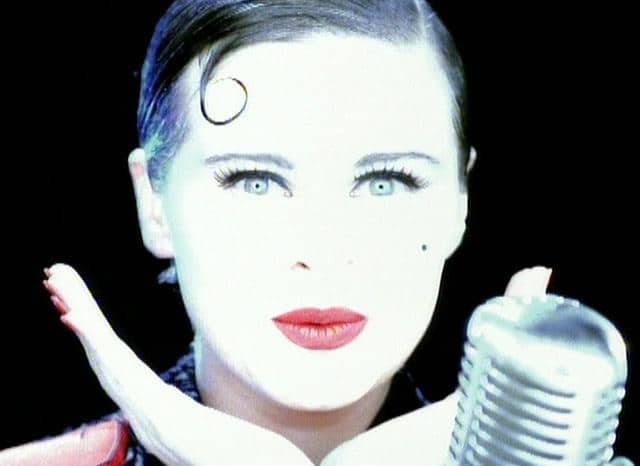 Back in the early ’90s, Lisa Stansfield was nigh on ubiquitous. The success of All Around The World made her a household name and her stylish image meant she became a recognisble face too. After taking a break of three years she’s returned with a brand new album.

Lisa talked to musicOMH about how she coped with sudden fame, her move into acting, and what the future holds…

We all remember Lisa Stansfield as the girl with the curl who sung her way into our hearts with the ’80s smooch classic All Around the World. At the tender age of 20, fresh out of Rochdale, she was caught up in a dizzying whirlwind of celebrity that left her drained of the desire that pushed her to the top of the charts.

15 years, six albums and several world tours later, an older and wiser Lisa stands before us. Based in Dublin she shuns the celebrity London lifestyle, rarely leaving the sanctity of her Dublin base where she lives with her husband and long-time collaborator, Ian Devaney.

Three years of near silence, broken only by the release of Biography, her aptly titled greatest hits album, has raised expectations for the success of The Moment, her sixth, and possibly most diverse, album. Legendary producer Trevor Horn lent his ear and expertise to Stansfield for the duration as she made the decision to seek inspiration from outside the secure unit of her marriage.

“I wasn’t really prepared for the immensity of what happened.”
– Lisa Stansfield on how unprepared she was for her sudden fame.

Grown up Lisa is as striking as I remember. The chiselled cheekbones, flawless skin and sparkling eyes are all firmly in evidence. But it’s the accent, the distinctive Rochdale tones that really remind me who this petite, energetic woman sat in front of me is. Lisa is a woman who has confronted the fragility of her own celebrity.

“I think when I did all that I wasn’t prepared for how big it was all going to be. I wasn’t really prepared for the immensity of what happened. I thought all that stuff happened to everyone when they made a record. I went around the world in the space of about four times in two years. I just didn’t realise how very successful I was until I had time to sit down and think.”

Lisa’s career may have been defined by her never-ending search for her baby but it was the 1989 collaboration with Ninja Tune’s founding fathers, Matt Black and Jon Moore, that catapulted her into the spotlight.

“My life has always seen me dropped me in at the deep end. It all started in the early eighties when Ian and I formed a band called Blue Zone with another school pal of ours, Andy Morris. Then we made People Hold On with Coldcut and everyone thought it was too confusing to have two names on it they chose to use my name, not the band name, and I was against it. After the success of the single everyone knew my name and not the band, so there was no going back.”

“If everything was fantastic all the time you’d never learn anything.”
– Life lessons from Ms Stansfield

Lisa’s down to earth nature is a refreshing change from the diva-esque antics of countless other female singers. Her strength of character is evident and that, along with Ian’s love, has helped her navigate the highs and lows of her career. Her debut album Affection sold five million copies worldwide but none of her subsequent albums has grabbed the public heart strings in quite the same way, fuelling her drive to keep recording and releasing material.

“If everything was fantastic all the time you’d never learn anything. My husband and I moved to Ireland and made our home in Dublin. I think that artists are a bit like gypsies. We can’t stay in one place for too long because we get itchy feet and there’s always a part of you that wants success. I don’t know why because I’m not really like that the rest of the time but there’s something inside me that strives for that.”

During the quieter times Lisa has been busy diversifying her skills with roles in the musical comedy Swing and the hugely popular Vagina Monologues, whose cast list is a glittering list of iconic female celebrities including everyone from Grace Jones to Jerry Hall.

“I had to say yes straight away to both of those opportunities because otherwise I would have got scared and not done it. So I said yes, and thought oh my god what have I done and then afterwards it was fine. When you agree to do things you’re a bit frightened of it forces you to face up to them and makes you stronger.”

“Part of me that would like to know that I can be that successful again, but…if it doesn’t happen I won’t get insecure”
– A philosphical Lisa muses on the fickle nature of fame

Womanhood is a strong theme throughout Lisa’s music but she is quick to dispel any feminist labels. This is evident in her new album particularly in tracks like Lisa’s excellent cover of Prefab Sprout‘s When Love Breaks Down for which Paddy McAloon wrote an extra verse just for her, is gutsy strong and all Lisa.

This is an important moment for Lisa Stansfield. You sense a degree of nervousness at putting herself on the line again at this late stage in her career. The uncertainty over the album’s success betrays hidden insecurities behind the bouncy chat and well groomed appearance.

“The Moment is a triumphal title. It is a real moment because I’ve taken myself out of my musical box, regardless of what happens it been a real amazing time in my life making it. Part of me that would like to know that I can be that successful again, but I’m comfortable enough in my own skin that if it doesn’t happen I won’t get insecure. I think as well there are a lot of people who love what I do and I feel I owe it to my fans to do something. But as always the most important thing is that I’m doing it for myself.”