Murcof: “I feel attracted to music and sounds that evoke a sense of mystery or otherworldliness” – Q&A

Fernando Corona on his new double album, operating on intellectual and emotional levels, music in response to art and the importance of silence. 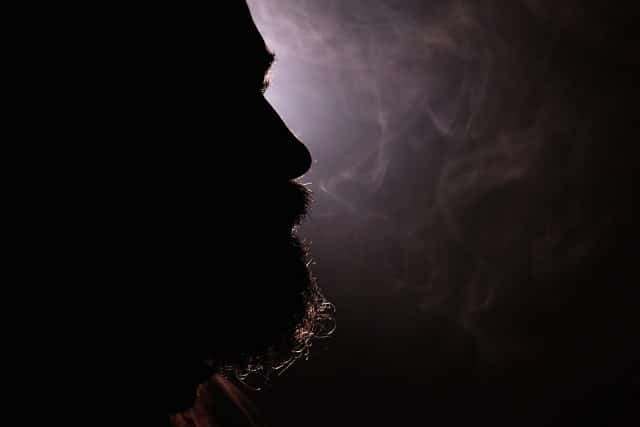 Early albums like 2002’s Martes and 2007’s Cosmos saw him establish his sound, laying down aesthetic principles that were carried forward on future releases. Collaborations with the likes of Philippe Petit on First Chapter and Vanessa Wagner on Statea further elevated his credentials.

His new double album The Alias Sessions is a typically ambitious affair, which sees him continue to break new ground as well as returning to The Leaf Label after a period of 13 years away.

You started to work on the new album in 2017 when you met with choreographer Guilherme Botelho of the Alias dance company to talk about a new performance piece (Contre-Mondes). How did that evolve into the double album?

At that time I was focused entirely on making the music for Botelho’s new dance piece, although I was beginning to entertain the idea of releasing some of the music that I had previously done for the company (for Antes and Documento). After both Contre-Mondes (2017) and Normal (2018) were done it became obvious that I had to find a way to release some of this music, I had over three hours of music by then, so I expressed this idea to The Leaf Label and was very happy to get a positive response from them, so off we went.

Since the dance element is an integral part of the music, and how the music was specifically made for it, it seemed to me that the music needed some kind of retouching or adapting to the album format in order for it to be able to stand on its own, but without distancing too much from the original idea. That is still there, it’s just been taken a bit further down its logical course.

How do you think the two halves of the album differ from each other?

CD1 is a bit more visceral and rough, while CD2 is more musical and somewhat sweeter, and this has to do entirely with the nature of these choreographies. Contre-Mondes’ theme deals with more primordial forces, with things that exist just beneath human perception, with the border between the visible and invisible, between conscience and the subconscious, etc, so I tried to represent this musically by balancing between music and noise, between tonality and atonality, so at times it’s the noise elements that take centre stage and at other times it’s the more melodic ones. This is not something totally new to my music but here I did push it a bit more. And Normal’s theme is more emotional and dramatic, it also feels a bit closer to everyday life so I went for a musical or harmonic solution and focused more on the actual emotional content of the music. The noise elements are still there, just underneath the surface, but they hardly ever take centre stage, they are more of a compliment or support for the rest of the music.

How do you find making music in response to other pieces of art?

If it speaks to you as a musician it can be very stimulating, it all depends on the nature of the work, the people involved, and how much liberty you may have to explore and propose your own interpretations on the subject matter. Otherwise it can be difficult, it’s not easy to think and feel like someone else when you are poles apart.

What effect, if any, has the pandemic had on the creation of the album?

The album was pretty much done when the virus hit in early 2020, so I focused on other aspects of the album like preparing the tracks for live performance and other more technical things. But I did do a lot of new music, especially during the first months of the pandemic, as well as worked on other studio projects that I engaged with during this time, like the soundtrack for a video game that I’m currently working on.

In general, at the beginning of the pandemic it was quite welcomed to be able to just focus on studio work, composing and experimenting all day, which I love, but as time went by I, like the majority of travelling artists, really began to miss being on the road, performing and meeting new people, the whole package. Also, by not being able to do any shows, which are my main source of income, my savings began to dry out around late summer so I had to switch focus from music making to more mundane tasks, like chasing money. Luckily things have been getting better during these past few months, thanks in good part to this new release.

There’s a lot of silence on the album. Is that sense of omission and space in some ways just as important as the music?

Silence is a powerful resource, it can be used for all kinds of things, like creating tension or suspense, it can help give sounds more impact and protagonism, it can also stimulate the listener’s imagination when you leave enough space between musical elements. I learned this by listening to classical music, especially to composers who make the use of silence an integral part of their music, like Arvo Pärt for example.

Your music has a distinct, identifiable sound. To what extent do you know what you want an album to sound like ahead of making it? Is there any element of you planning it structurally in your mind or do you just allow it to evolve?

Not really, I start from very basic ideas, themes or sounds that seem to me like interesting starting points or that have potential for something greater to be built on top or derived from them. I then begin exploring and experimenting with all sorts of tools, both analogue and digital, trusting I will come across happy accidents that will take things a little closer to something resembling a track. It’s mostly during these early steps that the core signature of the track is determined, sometimes all it takes is just a little sound that seems to pop out of nowhere but interestingly becomes central to the overall mood of the track. So It’s more about discovering new things than fulfilling a specific goal, the main thing is that the process is fun and that the final product feels complete.

How important is it for your music to work on both an intellectual as well as emotional level?

I try to give voice to many aspects of the human experience as best I can, so yes, emotion and intellect are very important. There also has to be some physicality to the music and a dash of spirituality too, not religion or ideology though, that’s a whole different thing. I tend to focus on more primordial or universal aspects, and I find that music is a very effective vehicle to express these things as a unified whole.

For me, your music has a strong sense of mystery to it. Do you cultivate that in any way or have it in mind at all when making music?

Life itself is a big mystery so this feeling unavoidably find its place in most of my music, it’s not a pre-requisite but I do feel attracted to music and sounds that evoke a sense of mystery or otherworldliness, perhaps as a reminder to myself to always try and look beyond appearances, that there’s always something behind the façade that is perhaps more important or relevant, in all aspects of life.

I saw you play in London with Francesco Tristano in 2010 and you’ve previously collaborated with the likes of Vanessa Wagner and Philippe Petit. What do you enjoy about working collaboratively?

Collaborations help open up to other ways of perceiving music, to get out of the comfort zone and ideally enrich your musical palette.

You’ve recorded your own versions of pieces of classical music and incorporated classical samples into your music over the years. How does classical music inform your own music? Are there any composers that are particularly important to you?

Although my father was mainly a blues guitar player he also enjoyed classical music quite a bit, especially Bach, so there was a decent amount of classical music being played in the house while I was growing up. Later in my teens, I continued listening to pre 20th-century composers by my own account, mainly Beethoven and Bach. Then in my early 20s, I discovered contemporary composers such as Xenakis, Ligeti, Schnittke and Scelsi, and my mind was blown, I couldn’t get enough of it, these guys were experimenting right on the edge of music and moving into uncharted territory. It was a very stimulating period of my life and it definitely widened my idea of what music could be. Nowadays, I tend to listen more to composers like Valentin Silvestrov and Arvo Pärt among others, and occasionally go back to Giacinto Scelsi as well.

How does it feel to return to Leaf after 13 years away?

Having now worked with a few other labels during all these years I have a better understanding of how things work in that respect, and Leaf is amongst the best experiences that I’ve had with any label, they are very involved in all aspects of a release but always with respect to the artist’s vision. That and the fact that they helped enormously to catapult my career back in the early 2000s, makes this new release with Leaf twice as special. So it feels great, a bit like starting over but in a good way, this reunion brings back some 2002 vibes.

We’re approaching almost 20 years since the release of your debut Martes. Looking back do you have a favourite Murcof album, one that you’re particularly proud of/happy with?

All of them have a special place in my heart, they are the soundtracks of different periods in my life so when I do listen to my previous works they instantly transport me to that moment, so in that respect they are all equally valuable. Having said that, I do tend to go back more to Remembranza and Cosmos, I don’t do it often but when I do, especially when playing them live, I still feel quite happy about how they turned out.

The Alias Sessions by Murcof is out on 21 May 2021 on The Leaf Label. Further information can be found here.