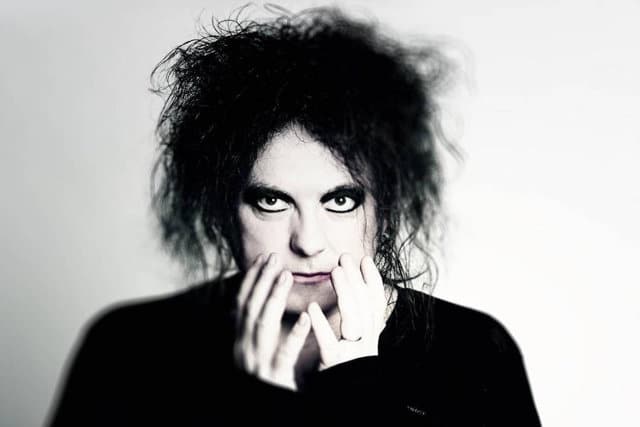 The Cure’s Robert Smith curates the 2018 Meltdown festival, with the band among the headliners of this year’s BST Hyde Park

In this second part of our 2018 festival season preview (read the first part focusing on England and Wales beyond London here), we focus on that sprawling metropolis called London, and the events to be held therein. If spending the night under canvas isn’t really your thing, or you get a little anxious about losing phone signal, here are our top tips for you.

What: Newcomers All Points East are taking over Victoria Park for 10 days from 25 May. Boasting a three day festival, three individual headline shows and a host of free community events in the days in between. Headline sets from LCD Soundsystem, The xx, Björk, The National and Nick Cave & The Bad Seeds are no brainers. But there is wealth of exciting bands across all five stages every day that should keep you out of trouble. Speaking of stages, during the three day Festival over the first weekend James Murphy (LCD Soundsystem) and David & Stephen Dewaele (Soulwax and 2manydjs) will be collaborating in Despacio, with vinyl only DJ sets, and fingers crossed for a massive disco ball.

The West Arena will host Justice & Flying Lotus 3D and the X Stage promises an ‘in the round’ experience for the electronic artists performing. From Monday 28 May, there will be four days of free entry & free activities in the site, including All Points Equal on the bank holiday Monday which includes free outdoor screenings of Moana, Suffragette and Made In Dagenham. As we’ve come to expect there will be plenty of street food options and pop up bars throughout the event.

During the festival weekend Jägermeister’s Jägerhaus stage will see a line-up amongst which can be found Hot Chip’s Alexis Taylor, Nik Colk Void of Factory Floor, and Warpaint, all of whom will be DJing, as well as Vessels, Benin City and Mina Rose. The APE Presents… shows the following weekend will feature The Big Moon, Marika Hackman, Gengahr, Sorry and Black Foxxes, amongst much else, in the same venue. 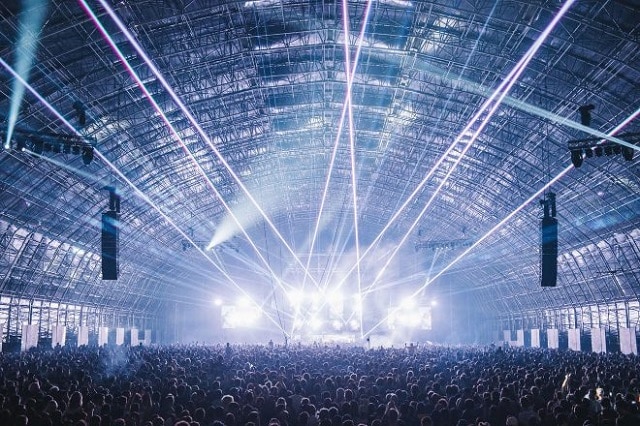 What: As the giant APE descends on Victoria Park, Field Day is moving to South London for its 12th year. The Barn, which last year played host to Aphex Twin, is back but expect plenty of new stages and surprises as Field Day makes itself comfortable in its new home, a stone’s throw from Herne Hill Station. Erykah Badu headlines Friday night with her only UK appearance this year, and AJ Tracey and Charlotte Gainsbourg grace the park with their presence on Saturday. Four Tet (live), Nils Frahm and Floating Points will bring the party to The Barn. Elsewhere on site, the Croatian Dimensions Festival and Total Refreshment Centre host a stage showcasing jazz, soul, R&B and leftfield electronica. As in previous years there will be plenty of delicious food and drink on offer, this year provided by Fat Gay Vegan, Street Feast and Venn Street Market.

What: If you miss Camden Crawl, this massive indie-rock fest across multiple venues across Camden is the one for you. 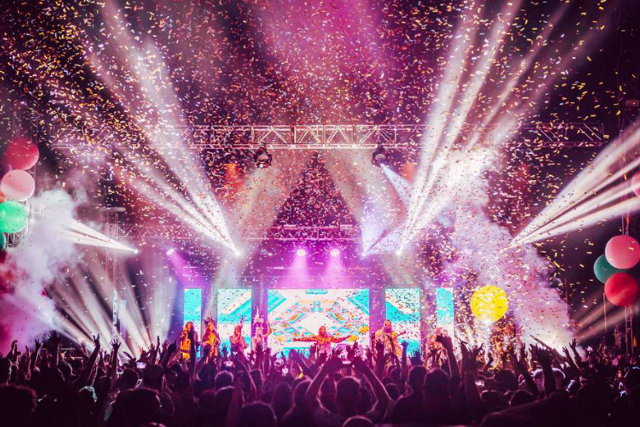 The Mighty Hoopla, this year relocating to Brockwell Park

What: Returning for its second year in London, moving from Victoria Park to Brockwell Park. Expect pure pop and glitter celebrating London’s alternative club scene. With stages hosted by Sink The Pink, Guilty Pleasures and The Grand. The Glory will be taking over the bandstand.

What: Following on from the success of previous years’ masterful curations by M.I.A, Guy Garvey, Nick Cave, Anohni, David Bowie, Laurie Anderson, Ornette Coleman and Jarvis Cocker, this year it’s the turn of national treasure The Cure’s Robert Smith to take the helm, and the budget, and programme his dream event. Spread over nine days, the Southbank Centre hosts a selection of Smith’s favourite bands. This year it’s a venerable who’s who of indie rock with performances from The Psychedelic Furs, Placebo, Death Cab for Cutie, Nine Inch Nails, Kirstin Hersh, and something called CURÆTION-25, (wonder what that might be?). The Buskers stage will host… London’s buskers. There’s also a massive afterparty on the final evening. 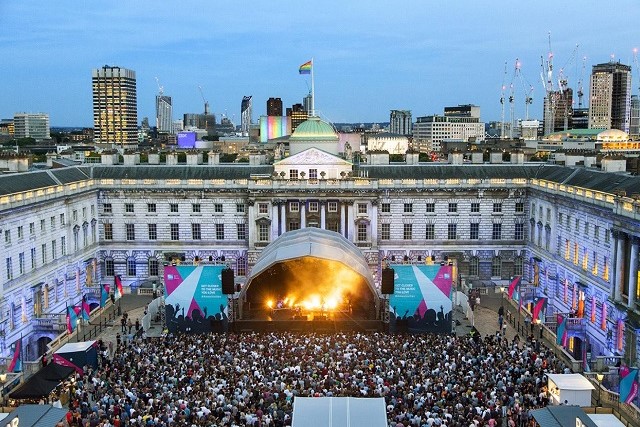 Where: Somerset House courtyard, The Strand

What: The genteel and relatively intimate surroundings of the paved courtyard contrast with the riverside view without. 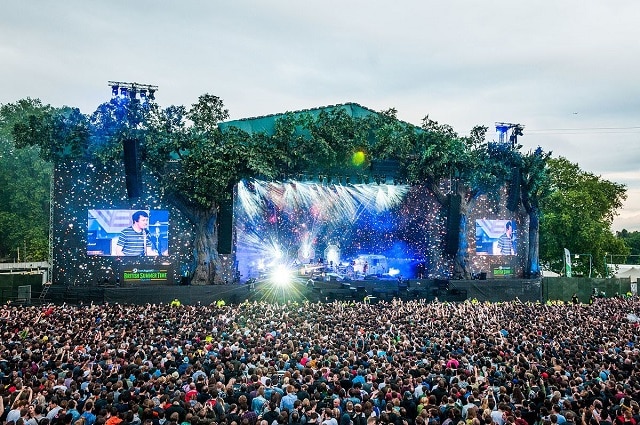 Where: That would be Hyde Park then

What: Brought to you by the same people pitching up out east with All Points East, British Summer Time long since displaced Wireless from the park, and its sprawling line-up is the template for its baby cousin. The Cure’s (sold out) day sports a line-up well worth seeing even without the headliners, featuring as it does Goldfrapp, Slowdive, Ride, Lisa Hannigan and The Twilight Sad. Amongst the other headliners are Pink Floyd’s Roger Waters, Simon & Garfunkel’s Paul Simon and Bruno Mars’ Bruno Mars. 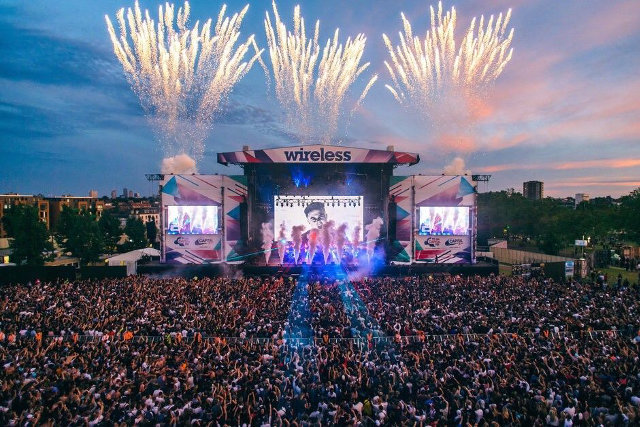 What: If BST Hyde Park has the old timers, Wireless has the opposite. 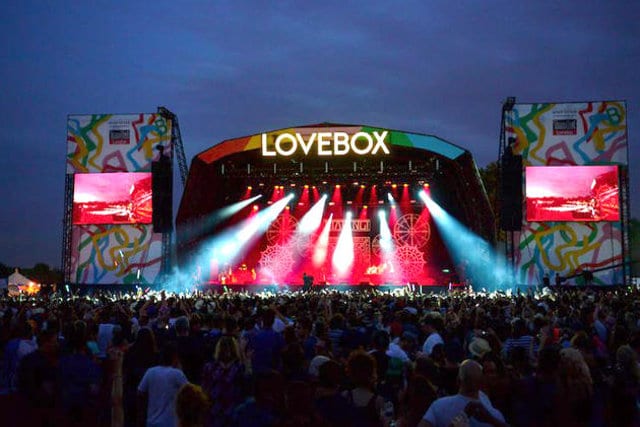 What: This London festival institution has moved to south west climes this year, but expect the same party atmosphere as dance, hip hop and grime acts bring the love. 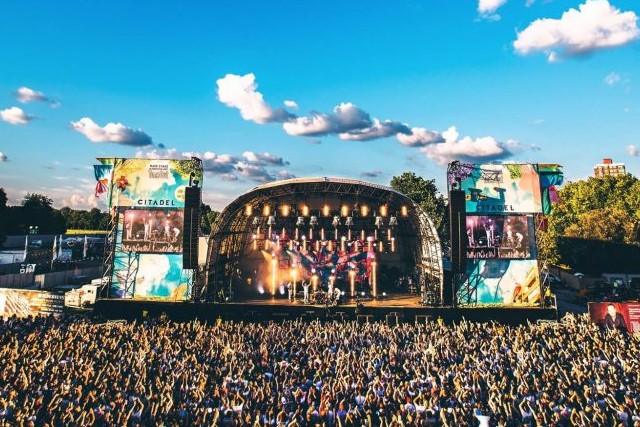 What: A rare one day festival that takes place on a Sunday with a focus on wellbeing and culture as well music. Tame Impala headline with their only UK appearance of 2018. Further down the bill are the excellent Goat Girl, WH Lung, and Pumarosa. If you’re in the mood for dancing there are DJ sets from Joe Goddard and Kelly Lee Owens. Elsewhere on site you’ll find dance workshops, Aztec-disco golf challenge, mass yoga and a science camp and if that’s not enough, there’s prosecco on tap (literally). 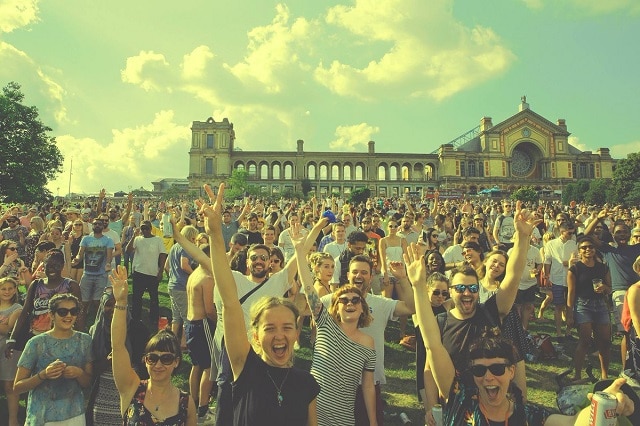 What: New to the London park festival scene this year. Kaleidoscope is taking over North London’s Alexandra Palace to make the most of this iconic location. The South View stage will host the always ridiculously striking Flaming Lips battling against one of the most ridiculously beautiful views of the London skyline. Deep under Ally Pally itself, the Victorian basements are being transformed for a fully immersive theatrical experience in partnership with RIFT. There’s also a words and comedy stage featuring the likes of Dr John Cooper Clarke, Katherine Ryan and Mark Watson. 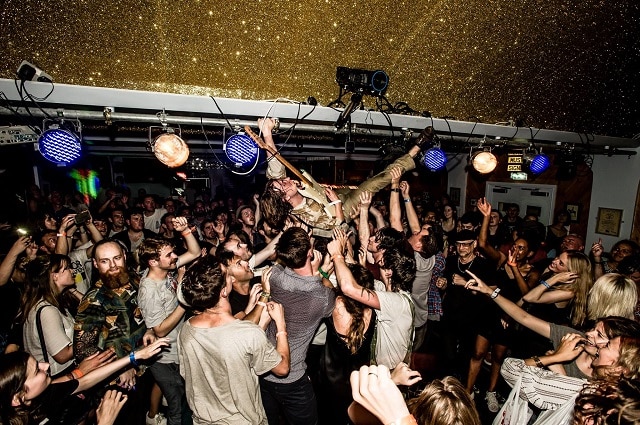 What: If risking the heatstroke or drowning isn’t your thing then Visions, the multi venue musical jaunt around East London, is back and might very well be for you. There is a dog show. Need we say more? This year, there’s a pre-party with Fucked Up at Hangar on the Friday night and an after-party curated by Foals’ Yannis Philippakis. In between the parties there are loads of brilliant up and coming alternative bands. Visions brings you maximum bang for your buck. 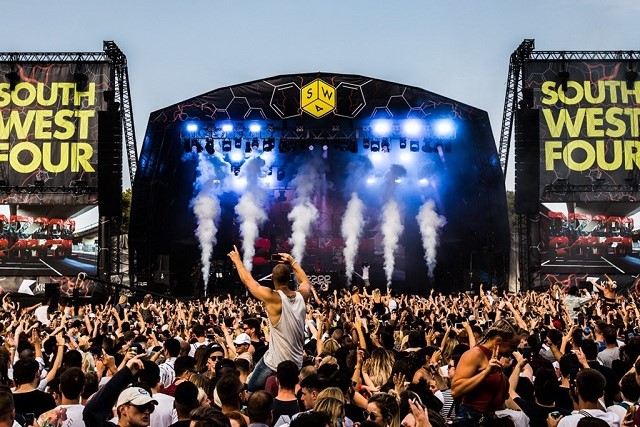 What: The 15-year anniversary of this dance festival. As usual there is house, techno, dubstep, trap, alternative electro and experimental across five stages – but this year they’ve expanded their hip-hop and rap offerings too. 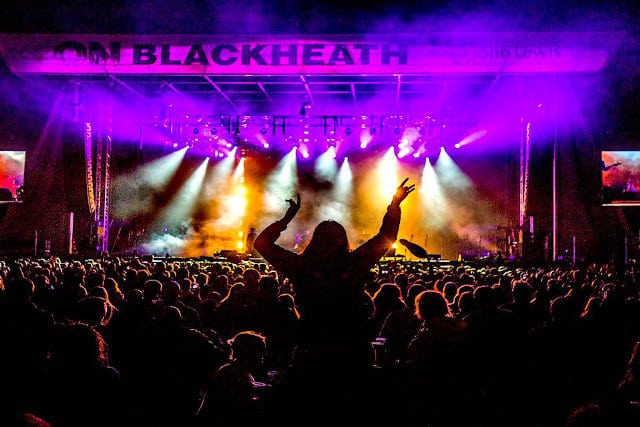 What: Music and food take priority at this family friendly two day event.

Words by Stephanie Flooks and Michael Hubbard. Check back for part 3 of our 2018 festivals season preview when we focus on events across Europe.