All Pigs Must Die – Nothing Violates This Nature 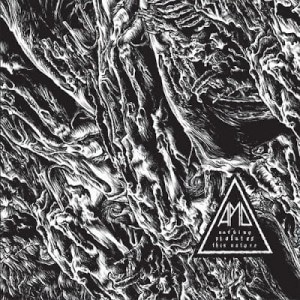 The debut album from All Pigs Must Die, God Is War, was one of the most ferocious and perfectly realised records of recent years. To say that they’ve set the bar a bit high for themselves is understating it somewhat, but when you’re a band (some would say, supergroup) that features members of The Hope Conspiracy and Converge nothing is beyond the realms of possibility.

There was a time when the sound of a band mixing d-beat, crust, hardcore and any number of metal genres together seemed to be a fresh and innovative development, but recently it’s started to become almost tiresome. It takes a special band to rise above the blitzkrieg blasts of the multitudes, and APMD are a special band indeed. They take the lump hammer required to force their amalgam of influences together and over the course of Nothing Violates This Noise, smash the (perceived) opposition into a bloody pulp.

It’s worth noting that, this time around, there’s a slight shift (perhaps imperceptible to some) in approach. Whilst the crust/punk influence is still in evidence, there’s a tendency for the band to move towards metal as a primary influence. At the heart of the album is a series of songs, starting with Primitive Fear and finishing with Of Suffering, that point to a more thoughtful, focused approach.

Primitive Fear kicks off with a introduction that’s pure black metal, before settling into a groove that Billy Milano’s MOD would be proud of. By the song’s end there’s been a slight diversion into the sound of Entombed, right down to the feedback conclusion and segue into next track Bloodlines. In fact Bloodlines keeps that influence going, and maintains a slower tempo. It’s not an approach that is immediately associated with the frenzied attack off APMD but it pays off beautifully. Slower still is the doom enshrouded grind that is Of Suffering, which pounds away with merciless, considered precision. Holy Plague leads the band out of the sludge as the tempo dial is twisted back through the thrash setting and on towards blastbeat.

Elements of Nailbomb and Septultura are in evidence here as the band makes its way back to hardcore/punk territory. Aqim Siege is a blink-and-you-miss-it onslaught that hurtles through blastbeat barrage and concludes with a neat hardcore groove. Sacred Nothing meanwhile is a d-beat punk assault that astounds with its pure brutality, punishing riffs and perfect execution. Despite the slight sonic shift, there’s still plenty of hardcore in the nature of APMD, the opening one-two punch of Chaos Arise and Silencer are basically a continuation of God Is War; they’re certainly familiar territory.

It’s the final two tracks on the album that really impress, however. The tightened charge of Faith Eater is astonishing. An utterly breathtaking beast of a song, it proves that APMD are not just about brutalising everything in their path. The first half tumbles along like a drunk stumbling down a particularly steep hill – gathering pace, always on the verge of a terrible collapse, but oddly elegant. The second half presents a dynamic shift as the pace slows and colossal guitar riffs crash down like meteorites. Articles Of Human Weakness pulls a similar trick, kicking off at breakneck speed before pulling back and then letting go once again. The most harmony laden moment of the album is contained in its heart. As the song breaks down and the drums shuffle, the guitar feedback provides an almost angelic wail. Admittedly it’s all about context.

Nothing Violates This Nature is a phenomenal record. It’s different enough from its predecessor to show marked progress, but with all the original essentials present and correct. The bar was set high; All Pigs Must Die have set it higher still.

All Pigs Must Die MP3s or CDs

All Pigs Must Die on Spotify