All Them Witches – Sleeping Through The War 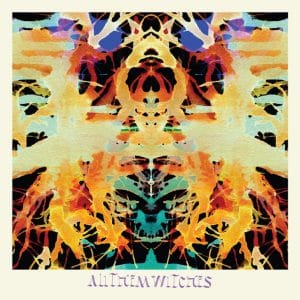 Formed in 2012, Nashville, Tennessee’s All Them Witches are rapidly becoming a prolific act with Sleeping Through The War becoming their fourth studio long player in a relatively short space of time.

For those unfamiliar with their work, what’s come and gone before was reminiscent of big hitting rock bands predominantly from the early 1970s, most notably Led Zeppelin, not least because of the heavy, bluesy sound they crafted. The latest release – Dying Surfer Meets His Maker from 2015 – blended a more psychedelic spin to the ingredients already in place and was rightly heralded as a fine work of art in many quarters. However, instead of milking a winning formula, things this time round seem to have moved on once again.

We live in a world where so many people bury their heads in the sand to current affairs, it’s a wonder that the ground is big enough to accommodate so many heads. This is the message that Sleeping Through The War brings. Its becoming an all too familiar scenario: people living their lives via a mobile phone constantly stuck in front of their face whilst reality happens around them, and if they can’t see what’s happening then it simply doesn’t matter.

Musically, Sleeping Through The War seems to be somehow bigger, louder and fuller. But the bluesy element that underpinned them is disappearing. It’s not until album closer Guess I’ll Go Live On The Internet trudges along that you’re reminded of their mastery of heavy blues. It’s an absolute blinder and at almost ten minutes there’s enough to go round for everyone: psychedelically warped blues-soaked harmonica, twanging guitar lines and percussion that gradually disintegrates into something almost detached from the rest of the song all combine brilliantly for a gem.

Elsewhere, though, things are noticeably different. Lead single Bruce Lee launches a powerful kick to the throat with its decidedly more up tempo beat and at little more than three minutes in length there’s certainly no long drawn out jamming sessions going on here. “The songs are catchier”, claims bassist and vocalist Charles Michael Parks Jr and Bruce Lee certainly fits this bill. Another short number Don’t Bring Me Coffee, however, bludgeons more than anything else as heavy gets heavier whilst the excellent opener Bulls blends the sledgehammer approach with some far less intrusive, melodic sections to paint a picture of Radiohead attempting to play heavy ’70s rock, but when the pace changes around the four-minute mark, hold on to your hats because the ride suddenly gets a whole lot faster and more compelling.

Cowboy Kirk utilises pummelling percussion and demonic guitar riffage in a similar vein to Queens Of The Stone Age or perhaps their earlier incarnation, the desert rock embedded Kyuss with a hint of Black Sabbath. Perhaps best of all though is the mesmerising seven minute behemoth Alabaster; again drawing on some hypnotic verses not too dissimilar from Black Rebel Motorcycle Club with additional piercing guitar touches, the canvas occasionally gets sprayed with thunderous, monstrously heavy interjections to spoil the thick and horribly addictive constant fug that forms the songs backbone.

Written in just six days, Sleeping Through The War is a fanbase divider. With less of the bluesy rock the band had seemingly perfected, people may be disappointed but Parks is right when he claims he “doesn’t want to be predictable – there’s no art in that”. Whether All Them Witches’ fans will approve in droves is unlikely, but instead of burying their heads in the sand maybe they should embrace the bands continuing evolution because at times it’s simply spellbinding.

All Them Witches MP3s or CDs

All Them Witches on Spotify