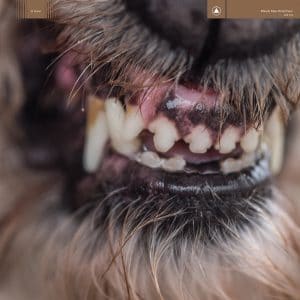 Blanck Mass’s World Eater is a reaction to politically volatile times, in which its creator sees the human race consuming itself. Given division all around, it’s unsurprising that musicians should enter into a discourse with these issues, but what is surprising is that two of the records that do in the early part of the year are without lyrics.

Much like Lawrence English’s recent Cruel Optimism, the lack of tangible lyrical protest has not made Benjamin John Power’s record any less direct. Whereas English opted for viscerally poignant drone, Power has delved into foundation-shaking, apocalyptic dance music.

The tone is set in the opening bars of John Doe’s Carnival Of Error. We are all too well versed in the culture signifiers of creepy horror films to know that a sweet sounding music box does not herald the arrival of happy ever afters: we know it signifies the unbearably tense quiet before the terror is unleashed.

Adhering to the rules, Power unshackles Resus Negative in reposte. A nerve wracking tide of unrelenting brutalism, it is wheeled in on a hysterical level of percussion, death metal-esque vocals, and unlikely twinkling electronics that only serve to bring the terror to the foreground. Theoretically, such untempered maximalism should have ended up as merely noise, but it’s credit to Power that he can rein all these elements together to make a terrifying, yet nonetheless thrilling, sonic collage.

The arc of many of the tracks on World Eater are excitingly dumfounding. Silent Treatment, for example, is about five songs in one. The looped grand chorale opening builds into a wall of noise, only for Power to rip the carpet from beneath you in an instant. The myriad of indistinguishable vocals ape the white noise of unparalleled means of communication that has ultimately created a machine that leaves the majority unheard.

Equally, Minnesota/Eas Fors/Naked is unchecked chaos. As the most experimental track on the record it is also the most effective. Beginning with sounds that mimic random electrical pulses that are wildly out of control and feel violently destructive, the production is so detailed as to be overwhelming. And this is one of the masterstrokes of the record, as Power’s knows precisely when to shift the pace. All that ferocity is effortlessly streamlined into a clean, bright soundscape. Bubbly, watery sounds appear, and then it morphs into gentle ‘80s electronica. It’s breathless, and surprisingly beautiful for such an unforgiving record.

The whole album is rich with detail, like the sonic crushes that overwhelm the fervently pleading vocal of Please. And the gloriously sharp and shiny electronics on The Rat that slice through its industrial groove, growing into a sweeping piece that has a sense of underlying optimism. Even the album’s closer surprises. What initially is a straightforward slice of electronica, albeit with an enchanting distorted vocal, goes full-on batshit at the end. No doubt Power is just checking you’re paying attention.

World Eater thrives on the tension between anxiety and peace, nihilism and love. That’s tough stuff to reconcile, but Power attempts it in muscular yet heartfelt fashion. This is an album that will shake you senseless, eat you up and spit you out. And it’s worth very minute.