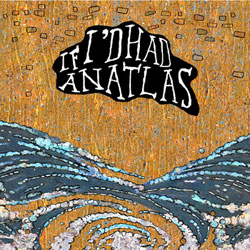 Cats And Cats And Cats are a London five-piece and If I’d Had An Atlas is their debut album. They make indie rock that wears its influences as obviously as a badge-laden jacket. There are the anthemic, communal backing vocals of Arcade Fire, the solemn strings of Godspeed You! Black Emperor, the brassy exuberance of Beirut and the anthropomorphic lyrical concerns of Neutral Milk Hotel.

Sadly, another influence to throw in among that list is The Courteeners, specifically the shouty, tuneless vocals that characterise the blokier end of British landfill indie. Vocalist Bongo Gong (possibly not his real name) really can’t sing. This needn’t be fatal to If I’d Had An Atlas’s appeal: crappy vocals are the elephant in the room for several successful indie acts past and present: The Cribs, The Libertines and The Clash to name but three.

But unpolished singing techniques are part of those acts’ ramshackle charisma. The music of Cats And Cats And Cats simply doesn’t boast that kind of scuzzy charm. The elaborate arrangements of tracks like If I Had Antlers and The Boy With The Beak are crying out for vocals more expressive, adaptable and just generally nicer-sounding than Gong’s voice. At times, the effect of his tuneless bleating is just plain nasty: on the closer and title track, the effect is akin to being hectored by a crazed drunk.

Unpleasant vocals aren’t the end of the album’s problems. The flourishes of strings, woodwind and brass that are speckled across the 11 tracks aren’t integrated with the songs themselves, whose cumbersome arrangements and dearth of hooks make them unworthy of such ornate instrumentation. It’s a bit like listening to Van Dyke Parks producing an album by Reverend And The Makers; they’re both great in their way, but some things just don’t work together in a mix.

That said, If I’d Had An Atlas is a hard record to hate. Although its ambitions aren’t realised, at least those ambitions are detectable, making this a classic case of musical overreaching. But, sadly, there’s little else of merit here.