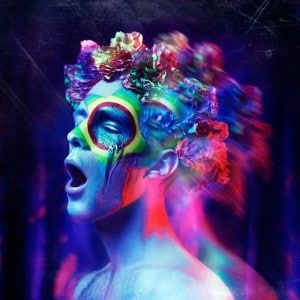 Eric Berglund, the man behind CEO, is prone to musical flights of fancy. Formerly with his group The Tough Alliance and latterly on his own as CEO since 2010, Berglund has established a reputation as an enigmatic and colourful musician. With all manner of ideas and concepts bouncing around his hyperactive mind, the persona of CEO allows Berglund to drift off on record into his own little fantastical dream world. His 2010 debut White Magic was an acclaimed glimpse into his universe, but follow up Wonderland is on a completely different plane entirely.

Berglund describes Wonderland as his most personal and expressive album yet. It’s certainly a bold and bright pop record that seeks to make a direct connection with his audience. The opening track, the startlingly titled Whorehouse, is a nice introduction into where Berglund’s mind is currently at. “I felt like I opened Pandora’s Box,” proclaims a sampled voice as a wash of hyperactive, sun kissed burst of sound shoots off around into the ether.

There’s a lightness and airiness about this record that gives it a feeling akin to floating in a fairground in space. In fact, the feeling of fairground ebullience is repeated throughout the record as each track is filled with increasingly lucid and iridescent twinkling sounds and textures. Whorehouse, despite its provocative title, is among the brightest and catchiest moment here as Berglund revels in the playful sing-along chorus.

Despite the undoubted prettiness of much of the music here, often the sounds are a rather conflicted jumble. It’s difficult at times to gain a real grip on the lyrics and melodies. There is a sickly sweet quality to the Technicolor synth swirl of the title track and In a Bubble On A Stream’s gloopy meandering. At times Wonderland strongly resembles Passion Pit without any of the lyrical idiosyncrasies; for such an individual musician, it’s disappointing that many of the songs lack real emotional and personal character.

If Wonderland lacks in outstanding songs, Berglund disguises it well in his maximalist approach. When it works well, as on the blissful glossolalia of Harakiri, it’s gorgeous. Elsewhere, the jittery beats of Ultrakaos are pleasingly diverting as Berglund cloaks his treated voice in all manner of sonic hiccups and wispy melodies. Throughout, there are echoes of other acts filtered through Berglund’s own dreamy prism. The title track calls to mind Animal Collective, if they rigged up every synth and keyboard effect in their possession.

There is a heartfelt charm to Wonderland’s bright, experimental pop. There are no pretences here and no barriers. It appears that Berglund has sought to create a dizzying and inspiring album, full of fantasy and wonder. Throughout its short duration, he sporadically succeeds in taking you away on a magical trip. However, equally as often, you can be left befuddled by its airy weightless swirls that struggle to make a meaningful connection. Still, there is much to enjoy on this latest collection from Berglund. The world of CEO remains an intriguing, if frustrating, place.