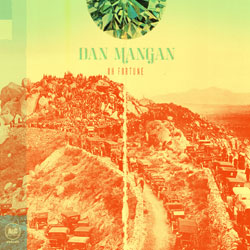 When genre-defining bands such as Mumford & Sons come along and achieve instant mainstream success, it’s easy to forget about their genre cohorts, those who have toiled away on the live circuit without anywhere near the same level of recognition. Dan Mangan is one of them. His independently-released 2005 debut album, Postcards & Daydreaming, was promoted and distributed by Mangan himself, online and at live shows. Two years later it was picked up and re-released by the small, Vancouver-based independent record label File Under: Music. The Canadian-born artist has not been completely overlooked, though. His second album, Nice, Nice, Very Nice, brought Mangan the attention of his home country, receiving a nomination for the Polaris Music Prize after being shortlisted by a jury of 200 Canadian journalists.

Nice, Nice, Very Nice provided Dan Mangan with the platform for bigger and better things, with the critical acclaim followed by invitations to play Glastonbury’s John Peel Stage in 2010, and step up to the Other Stage in 2011. Yet despite the festival appearances, Mangan remained relatively unknown in the UK.

The 28-year-old now returns with his third album, entitled Oh Fortune, looking to capitalise on the successful renaissance of folk music in the UK charts, with Mumford & Sons, Laura Marling and Fleet Foxes leading the way in recent years. The album opens with the grand – and not to mention, snappily titled – About As Helpful As You Can Get Without Being Any Help At All, with Mangan’s menacing lyrics possessing the same wit as his previous work. “There were sharks below hungry for me so I dangled my legs / I lit up like a match, because I bled gasoline,” sings Mangan, over the elegant sweeping strings.

The opener seamlessly moves into How Darwinian, a layered, distorted beauty, with its stirring acoustics intertwining with the scratchy soundscape that forms the song’s backbone. The atmospheric distortion is prominent throughout Oh Fortune, providing a connection from track to track that makes the album so absorbing. The minimalistic Regarding Death And Dying is one such moment, with its weary melancholia and Mangan’s rumbling vocals sounding distant but enchanting at the same time. There is also the sweet shuffling melody of Leaves, Trees, Forest – one of Oh Fortune’s highlights – with its intricate textures of electric and acoustic guitar creating an ethereal experience.

Amongst the mournful tracks lay some rousing numbers that give Oh Fortune impetus, preventing it from being submerged in over-emotive and weighty slow tracks. The lead single, Post-War Blues, grabs you by the scruff of the neck from the very off. Mangan’s vocals are strong and commanding, as the sprawling guitar bursts out during the infectious, head-nodding chorus. Rows Of Houses is a pulsating rock track, with Mangan’s vocals going even lower and even more throaty as the electric guitar dominates – including a guitar solo that sets the song apart from anything else on Oh Fortune. It’s a rowdy, barn-stormer that is more in keeping with Mumford & Sons’ full-on anthems. Yet unlike Mumford, there is a lot more variety on this work.

Mangan has returned with an album that builds on the foundations set by his second album. But rather than re-hash the same formula of his previous record, Mangan has gone bigger and grander with the addition of orchestral strings – which often form the backdrop of the album – without compromising himself in search of a wider fanbase. Occasionally things get bogged down in over-production, but there is a lot promise on an album that has a great deal riding on it. Oh Fortune is a luscious wall of sound, one that should see the criminally underrated Canadian featured more regularly alongside the heavyweights.