by Steven Johnson
published: 10 May 2018 in Album Reviews
Tweet 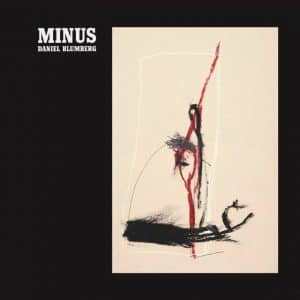 A lot of support slots at gigs may fade away without really being remembered but when Daniel Blumberg supported Lambchop at the Barbican back in 2015 it was different. Having recently quit his previous band Yuck the overriding impression was of an artist embarking on a bold change of direction. Fast forward three years and Minus is the end result.

The fact that his debut album opens with a song that bears resemblance to 1970s American folk-rock, straightforwardly played out on piano and wispy cello, therefore initially comes as a little surprise. Where was the experimentation of that Barbican show?

The answer comes on third track Madder, a spacious, 12-minute-long piece that recalls Talk Talk’s Spirit Of Eden in its balancing of experimentation and rock instrumentation. Portentous piano notes slowly introduce the track, extended further by Blumberg’s softly delivered, vulnerable vocals. By the time we’ve reached the end, the song has all but collapsed in a heap of liberated percussion, tangled guitars and freeform structures.

Recent years have seen Blumberg perform at London leftfield music venue Café Oto (the venue’s label Oto Roku has also released some of his music) and on this track its influence is abundantly clear to see. It’s also where the staggering drumming of Jim White – most recently of Xylouris White – can be best appreciated (the track comes close to the intensity of White’s main band Dirty Three).

On Stacked, Blumberg reverts back to a lamenting, regretful Neil Young-style sound. Lyrically it may be less adventurous but there’s no doubting the poignancy of his falsetto. Permanent has an obtuse, Tom Waits like waltz that runs through it before Used To Be Older closes the album in moving fashion, a softly repeated refrain growing into something celebratory and embracing.

One of the album’s main strengths is how it cleverly lulls the listener into a false sense of security at various points. Just as it seems as though the album is going to drift into conventional singer-songwriter territory, Blumberg swings a left turn. Minus boasts a melding of styles and influences, underlining that Blumberg is at his best when he’s most experimental. This is a recalibrating album that sets him up well for even more leftfield musical forays ahead.