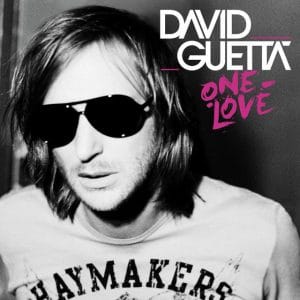 Rare these days is the single that’s lavished with so much marketing cash that it has its own poster on the Tube. The single in question was, of course, one of 2009’s biggest hits; David Guetta‘s euphoric masterpiece When Love Takes Over. With at least eight remixes and sometime Destiny’s Child songbird Kelly Rowland on hand for a diva masterclass, it topped the charts just as the ad buyers intended it should. After a long time on the fringes, it set the scene for Guetta’s mainstream moment to finally arrive.

Showcasing the single rather than the album works for Guetta. The French DJ, producer and party scene fixture is a singles merchant of the first order, as 2007’s Love Is Gone proved and When Love Takes Over underlined. Where he’s on shakier ground is on the album format. One Love, with its conveyor belt of collaborating guest stars including Black Eyed Peas and Will.I.Am, sounds like an extended collection of singles. But that’s maybe not a bad thing if what you want is more dancefloor domination of the order of When Love Takes Over.

The good news for anyone still unable to stop listening to that lead single is that, while it’s by some way the best track on here, many of the other 14 deserve more than a casual listen too. Guetta’s fertile stock of ideas has its way with the album’s production, and novel phrases or sounds are rarely absent for more than a few bars. And by joining the often polarised worlds of rap and trance in a global party, Guetta’s fanbase – and those of his guests – will burgeon yet further.

Amongst the most striking moments is Kid Cudi‘s contribution, Memories, with enough hooks to start a cloakroom. Estelle‘s classy vocals on the chart-friendly title track provide decorative icing on a solidly structured four minutes of pop perfection. And closer If We Ever, vocalized by Makeba Riddick, is as classic a comedown as has ever been heard at the close of a club night.

But it’s an album not without its problems. Rowland’s other two tracks, It’s The Way You Love Me and the Ne-Yo joint effort Choose, both have their moments but neither are future Number 1 singles; the latter’s chorus sounds like she’s saying “You wanna make me shoes”. When Love Takes Over, with its piano core borrowed from Coldplay‘s Clocks, needed time to build to its final irresistable break, but the version opening this album is the rushed radio edit.

The less said about Akon‘s Was (Not Was)-esque performance on Crazy, which suggests he’s about crazy as Crazy Frog, the better. And longtime collaborator Chris Willis‘s gasket-busting power pop vocals may be an acquired taste, even if Sound Of Letting Go’s chorus will make you want to set about acquiring it. Meanwhile, there seems to be a variety of track lists available; our promo has 15 tracks (we’ve listed them on this page), but other track listings suggest only 12 made the final cut. One retailer suggests there are 16.

And while Guetta is not a pure trance head in the manner of Paul van Dyk, nor is his output comparable with Diplo‘s school of mix-it-all-up-and-blow-a-klaxon-at-it. He can doubtless get a party started every bit as effectively as either of those two but, on this record at least, in dance terms he finds himself rather falling between two stools as he enlarges the walls of his big tent.

These days neither a leftfield boundary pusher nor a genre specialist, he takes the middle lane of Commercial Road, waving with one hand on the wheel as he takes his housey wares to a trading place called Mass Market. For sure he’ll make orange people on beaches happy for many years to come; maybe those beaches are where it’s best to appreciate him.