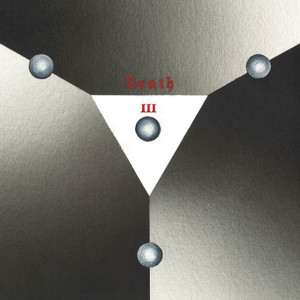 Death, it seems is not the end. Indeed, this visionary Detroit band picked their name and tried to focus on the positive connotations of the word. Not for them the ideas of finality; instead they pushed for new starts, innovation and the green shoots of life in the desolation of the past. Even the (actual) death of guitarist David Hackney in 2000 from lung cancer didn’t prevent the band from reforming and playing live.

III is the third release in a series of Death albums from Drag City celebrating the trailblazing band. The first, For The Whole World To See, allowed their 1976 to see the light of day. Then came Spiritual • Mental • Physical, a collection of demos and recordings made prior to the 1974 United Sound sessions.

Now this third collection gathers songs from various periods (including some long after the band had effectively ceased to be). Astonishingly, rather than the sound of desperate barrel scraping (although surely the cupboard is now totally bare), these songs document a band that constantly sought to engage and push the boundaries of music. As a primer for the band though, a more comprehensive and informative introduction can be found in the form of the recent documentary A Band Called Death.

III kicks off with Introduction By David, essentially a 12 bar blues awash with effects and a punk spirit. As an improvisation, it’s fairly basic, but its rough feel and peculiar delayed opening give it a bullish Twilight Zone feel. Basic it may well be, but there’s an unbridled electricity crackling in those chord changes.

From there the collection moves to North Street (a track from 1980). A sharper and more together song, it rumbles along with the drive of The MC5, but David Hackney’s loose and free guitar solos pull on the influence of Jimi Hendrix and marries them to the stabbing urgency of punk and the street reportage of early hip-hop.

Open Road harks back to early Funkadelic (just as The Parliaments were transitioning) and throws a little soul and gospel into the slap-back rock n roll mix. Parliament comes to mind at the start of We Are Only People too, when a disembodied voice states “Like all things which passes within the universe… so shall Death”. If it then happened to mention that “from the ocean, comes the notion…” it wouldn’t have been a complete surprise. It is, however, another song that displays the band’s more spiritual side. Initially just a simple guitar motif and some wonderful vocal harmonies make it one of the more affecting songs on the album. For a moment “we are only people, just passing by” sounds like one of the most profound statements ever made. And then the band kick into gear and bring on the (soft) rock. If the conclusion of We Are Only People was a little too gentle, then Restlessness adds a bit more bite into the mix with its incessant drum pattern and howling blues guitar solos.

But it’s the delicate instrumental guitar track of First Snowfall In Detroit that really impresses. This emotional piece could easily sit alongside the likes of Maggotbrain but sadly the intuitive and beautiful musical vision of David Hackney just isn’t recognised as widely as it should be. With any luck, this release will go some way to changing that. The album closes with We’re Gonna To Make It another emotionally charged song that somehow manages to sound like Creedence Clearwater Revival accompanied by Sgt Pepper on Casio drum machine.

This collection might well be the end of the Death revelations, but perhaps it might inspire new shoots and future musicians. If that happens, then Death will still be a positive force.