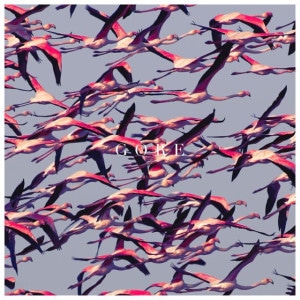 Is Gore Deftones‘ best album since White Pony? It’s certainly a grower. They may have transcended their nu-metal origins a few albums ago, but that doesn’t mean they’ve stopped innovating. With their classic juxtaposition of brutality and beauty, the Sacramento collective employ a musical arsenal that covers goth, dream pop, math metal, classic old school thrash, and much more besides.

Like Faith No More, they were initially tagged as a certain type of band, as part of a wave, but those classifications belong to the last century. Both bands have made critically important albums in the midst of creative tensions within, but the same tensions brought many different flavours to the table. Both are still pushing boundaries and remain creatively relevant.

“There’s a new strange godless demon, awake inside me,” sings Chino Moreno on opener Prayers/Triangles. His lyrics evoke mood rather than providing direct descriptions or stories. Goth-like echoes appear in the verse, with a bruisingly heavy but still catchy chorus following. It gives way to Acid Hologram, a suitably trippy mid tempo number with a Pantera-like breakdown, bolstered by suitably sick riffs and guitar tones; it’s a real mood piece.

Doomed User kicks off as if it’s already in the middle of the song, and then breaks into some decidedly old school thrash riffage from Stephen Carpenter. And Sergio Vega’s bass goes low, really low. Amongst it all there’s plenty of atonal clanging; it sounds fun to play. Geometric Headress’ lyrics are rather impenetrable. (There’s a girl… he’s impressed with her?) In terms of songcraft though, this is one of the more regular tracks, with an intro that sounds like Faith No More’s Separation Anxiety.

Hearts/Wires is the mid-album pause for breath. Deftones know the fundamental law of heaviosity: slower is where it’s at. Though it wouldn’t hurt to have a few rippers in the set, they never seem to rev the engines especially high. Pittura Infamante features musings on faith and Icarus-like notions of attaching wings and sailing through arc light: bonkers, but sports great soaring melodies, while Xenon opens with one of those chuggy/harmonic riffs that every metal guitarist turns to at least once in their career.

The second half of the album is definitely the stronger. (L)MIRL is a break-up song with watery imagery and tones, and would sound great over the end credits for an arty noir road movie, while the title track is the sound of Moreno losing his grip on reality over Meshuggah-like riffs that alternate with something that could be ’80s era U2, sounding rather better than that might suggest. It also encapsulates everything that the Deftones do well.

Phantom Bride is possibly the best song on the album, with guest guitar from Alice In Chains‘ Jerry Cantrell. His playing is instantly recognisable; essentially the only guitar solo of the album, it is a dark, melancholic outro that perfectly suits the track. And finally there is Rubicon, an epic closer and the closest Moreno and co. will get to power ballad territory. It ends a solid album, one which, given time to explore its layers and textures, justifies investigations tenfold.