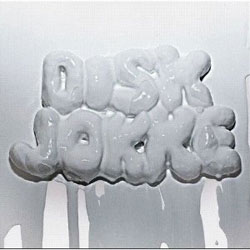 If there was a World Cup for house music, Norway would without doubt be one of the seeded teams. One of their essential flair players would be Diskjokke, whose second album confirms him as a producer not afraid to think outside the DJ box.

He’s been quietly going about his business not just as a producer but as a remixer, and with first album Staying In and the remix record Discolated (clever, clever) he marked himself out as someone with a real sense of imagination – something Foals fans will agree with, having heard his hypnotic take on Olympic Airways.

This is an unusual record though, far less predictable than his hazy, Balearic-flavoured debut. It’s an instrumental book of varied chapters that taps into many genres besides house. Beautifully arranged and emotionally well judged, it brings in a Balearic warmth, strains of Detroit techno, plus the all too joyously familiar shuffling beat of that Scandinavian speciality, cosmic disco.

But Diskjokke doesn’t do variety for the sake of it. It is clear this album has been carefully thought through, from the bright sunlight of opener Reset And Begin to some of the Jean Michel Jarre tints applied to Nattestid. In between we get the striking Bastard Alliance, a track that starts out as Detroit techno but applies several harmonic twists and turns, evading capture until it settles somewhere warm.

Sometimes this music can find a sense of timelessness when the kick drum isn’t operating, as in the gorgeous wash of sound that shifts Rosenrod into a different plain. Effective as that technique is, though, Diskjokke can always be heard at his best when there’s a rhythm to drop, so with that in mind the slow disco of The Bund and the forthright house of the title track and Big Flash are ample reward.

For anybody following the exploits of Prins Thomas and partner in crime Lindstr�m, this will be a mandatory purchase. Yet if you’re after a summer album with a bit of dreamy sunshine funk, your boat’s also just come in.