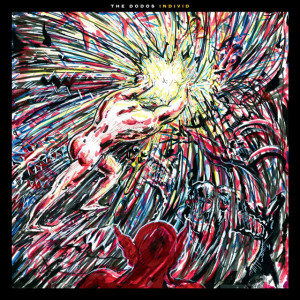 Extinction is not something likely to happen to The Dodos in the near future. It’s been 10 years since the duo of Meric Long and Logan Kroeber first teamed up in San Francisco and Individ – a word, according to the band, that they made up to mean “perseverance, understated revenge and resilience” – is their sixth long player, continuing their remarkable prolificacy.

The limitations of having just two permanent members means that in a live setting other troops are mobilised to flesh out the performance; a key member of the touring version of the band was ex-Women guitarist Christopher Reimer, but he sadly died, aged just 26, in 2012. The Dodos’ subsequent album, Carrier, was therefore driven by tragedy, written in the immediate aftermath of his passing; with recent post-punk outfit Viet Cong grabbing many a headline with their recent self-titled release having also been born out of the ashes of Women, Reimer’s death has now helped inspire at least two albums.

Reimer had also provided electric guitar for studio recordings but his absence now marks more of a return, of sorts, to 2008’s Visiter where the music was sparser; Long’s acoustic guitar pins down several tracks but it is Kroeber’s unconventional drumming that is of real interest to the casual listener.

The nine tracks making up Individ are bookended by two lengthy efforts, opener Precipitation and closer Pattern Shadow. The former begins to strange industrial noise, clanking guitars and a pummelling beat bordering on the chaotic as thunderously rampant percussion and twanging, bandy guitar drive proceedings. Occasionally wayward vocals and a punchy tambourine complete the picture before the track morphs into something completely different with a slower pace, pounding drum, arpeggiated guitar notes and clanking guitar riff, tempered by a dull vocal melody. After an instrumental intro that provides the best music on the collection, Pattern Shadow is again driven by percussion alongside a spot of distorted guitar; at times it threatens to lift off but doesn’t quite leave the runway, creeping back under its stone as lyrics are repeated over and over without really going anywhere.

It’s not only the drumming that will test the listener. Vocals repeatedly take on a broken shape where the flow is constantly interrupted. Bubble is one such effort, sounding like a bit of a mish-mash in the process as a rising and falling three note arpeggio sets the scene. Goodbyes And Endings represents another such ‘broken vocal’ cut, with trumpeting synth sounds set against a tribal drum rhythm with jazzy, freeform guitar adding to the mix but the vocals sound rather disjointed on this occasion, as they do for Retriever after its fuzzy assault and percussion frenzy.

For single Competition though, the slightly more melodic vocal style works much better; sharp, jagged guitar attacks permeate throughout despite remaining stutteringly broken. The short, funereal march of Bastard then provides some welcome relief from the onslaught where a guitar melody comes to the forefront and vocals recall The Strokes’ Julian Casablancas.

Individ is certainly a challenging listen. The intricacy of the drumming and the choppy vocal style are both compelling components and together represent the key ingredients that will determine a listener’s attention span. “We make music for musicians”, they claim, but ultimately, non musicians may find it a challenge too far.

The Dodos MP3s or CDs

The Dodos on Spotify