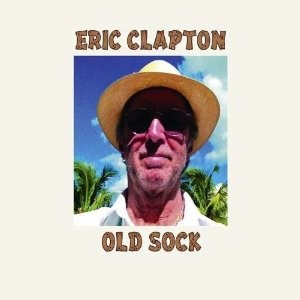 Considered by many to be one of the greatest and most influential guitarists of all time, Eric Clapton can still, after such a long career, command the world’s attention with each new release. It is his status as a legend that affords him the opportunity to release his 21st studio album, Old Sock, which is his first since 2010. The new album is a collection of some of Clapton’s favourite songs spanning from his childhood to present day, highlighting his expansive and extensive knowledge of music.

While Old Sock features two new compositions from the great man, it is – to all intents and purposes – a covers album. Although the premise may seem a rather indulgent and phoned-in, the album is an interesting and intimate journey through the many musical genres that influenced Clapton when he started out. That said, there are no great revelations during Old Sock – with the record exploring folk, soul and bluesy rock – although Clapton does offer some unique interpretations.

The album kicks off with Further Down The Road, which features the song’s original artist Taj Mahal. The song sees Clapton take a more chilled-out and soulful approach to the original, including melodic backing vocals and a more prominent harmonica section. The warm and gentle atmosphere of the first track is something that weaves its way throughout the rest of Old Sock, which undoubtedly helps tie together the incredible 30-plus musicians and contributors that are involved with the album.

The Folks Who Live On The Hill, a song that is often associated with American jazz singer Peggy Lee, continues the album’s very clear feelings of nostalgia and reminiscing. Clapton retains the song’s orchestral quality, while also adding sweeping strings and an almost lethargic acoustic guitar melody. The rather twee collaboration with Paul McCartney, All Of Me, also sounds both comforting and somewhat playful – almost as though it should be accompanying a Pixar film.

While the covers are well-executed and pleasant enough, the main highlights from Old Sock are unquestionably the two original tracks. Gotta Get Over, which features Chaka Khan, is one of the most upbeat and high tempo tracks, with Clapton really flexing his muscles on the electric guitar for the first time. The song still manages to fit in with the rest of the covers, but with a sprawling guitar riff and infectious chorus, it is one of the few tracks that really leaves a mark.

The second newbie, Every Little Thing, also sees Clapton break out a signature guitar solo, while its vocal-backed chorus hits the mark until it drifts off towards the final minute. Yet as good as the two new tracks are, Old Sock is more about Clapton celebrating those artists who have inspired him so much during his long career. Still Got The Blues is an impressive version of the Gary Moore original – showing just how suited Clapton is to the blues genre – while his take on Otis Redding’s Your One And Only Man works surprisingly well.

Overall, Clapton’s return is very much what you would expect from a covers album. Ignoring the questionable album artwork, it is an enjoyable listen – one that will certainly appease diehard Clapton fans. It also must be said that for an album comprising of so many different elements, he does an excellent job bringing them all together into one, cohesive LP. However, while Old Sock is an earnest record, the new tracks leave you wondering just what might have been had Clapton decided to make something completely fresh. Time will only tell whether that happens.