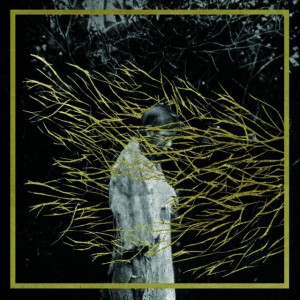 Since that release, Barnes has been unable to follow up that promise as Forest Swords’ progress has been stymied by a significant hearing problem, forcing him to take a break from music. Yet the enforced break seems to have enabled Barnes to refine and master his own oblique sounds. The resulting full length debut, Engravings, is his definitive statement. It’s a rich and disarming collection of fractured electronic sounds that collates everything that makes Forest Swords so special.

Engravings is a record about isolation and salvation. It’s a record about finding solace in your natural environment. It’s very much a natural album. There are huge amounts of sonic manipulation, but it all feels organic; you never get the sense that this is a record that was born out of pained hours in the studio. Indeed, the album was entirely mixed outdoors by Barnes on his laptop in the open air of the countryside. The natural environment of his Wirral home is represented in the found sounds and field recordings that illuminate these often dark and endlessly fascinating pieces of music.

Many of the tracks here reference the history of Barnes’ local environment. The title of Thor’s Stone references a piece of Wirral sandstone that was apparently used by Viking settlers for Norse god sacrifices. The music itself is reminiscent of an unearthed musical relic, transformed and mangled by the degradation of time. It exists in an eerie midspace between ornate, medieval tribalism and contemporary warped experimentalism. The resulting feeling is often of striking discombobulation. It’s hard to place but often you are inexorably drawn into its trance inducing mantras.

Engravings is an album of far greater emotional depth than Daggers Path. The songs paint oblique sonic pictures that are by turns bewitching and affecting. A dark hearted baroque grandeur permeates. Thor’s Stone’s spooked out foreboding echoes and sedated beats evoke a kind of tundra like hinterland. The slightest of synth hooks emerge, providing a glimpse of light complemented by the warped and cut up sounds of fevered choral voices. It’s a very clever combination that illustrates the skills Barnes has spent years honing.

Elsewhere, the ritualistic feel is continued on the darkly wondrous Gathering. Here, the fractured voices combine to create an utterly spellbinding pattern that sounds quite unlike anything else. Onward casts a similar spell with a monolithic sampled repetitive figure providing the backdrop to a baleful piano lament. While the music is bleak and hollowed out, the sampled symphonic sounds that emerge from the gloom provide a stirring sensation. There is a capacity throughout this music to plunge the depths of despair before lifting you into blissful nirvana.

Engravings stands as a significant work. It’s an album that has facets from across the spectrum of experimental electronic music but, in the hands of the masterful sonic auteur Matthew Barnes, Forest Swords’ music sounds triumphantly singular. This is a very special album.