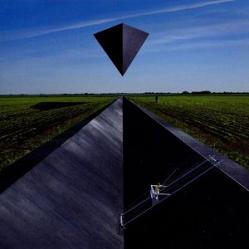 The follow up to first Goose record Bring It On has been a long time in the making – nigh on five years, to be precise – but the opening synth squiggles of title track Synrise suggest little has changed for the Belgian quartet. Put simply, their mission remains to make people dance and lose control.

In Bring It On they set out the template for this by raising all levels to the maximum, standing back and admiring the damage. Synrise sees little reason to change that approach, the band once again heading for the middle of their own crowded dancefloor with a sound that is short on subtlety, but heavy on party vibes.

Inevitably this approach brings them into direct competition with fellow countrymen Soulwax, and these are evident from the no holds barred hedonism songs like Can’t Stop Me Now, its confrontational keyboard lines suggesting a night out of control.

Synrise is effective too, the oscillating keyboard lines suggesting more than a passing affliction with the music of Giorgio Moroder. This theme is picked up by the chrome plated Words, a futuristic vehicle seemingly setting its course through the set of Tron Legacy, and the weird harmonies of In Cars, a song ultimately let down by an unmemorable chorus.

These moments stand out from more obvious examples of filler. Whereas with Soulwax the need for a good time is all consuming, with Goose it feels like this time around they are trying just that bit too hard. After has the unmistakable feel of an album track, hanging on to the coat tails of the doomed electroclash movement of 2002 as it does so. As Good As It Gets also fails to convince, pleading with its subject to “make me glow, talk to me”, while pumping out chunky synth chords and a bass line steeped in morse code.

Many of the songs are high on raw voltage but low on substance, best experienced on a dancefloor rather than at home. And while that may work for many on the roster of labels like Ed Banger, for Goose it translates awkwardly into the album format, leaving us with a high voltage record delivering a few thrills, but several spills too.

More on Goose
Goose – Synrise
Goose – Bring It On