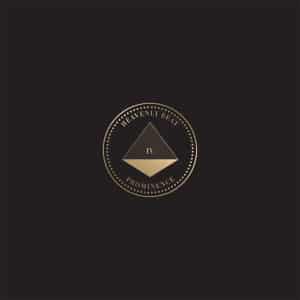 Just over a year since releasing his debut album under the moniker of Heavenly Beat, John Pena returns with his second effort, Prominence. Better known as the former bassist of Beach Fossils, Pena showed a clear intent on Talent – his first album with his new project – to move away from the lo-fi rock of the Brooklyn band. While he certainly achieved this with a combination of soft synths and warming vocals, the record was lacking in adventure.

However, not one to sit idly by, Pena was back busying himself with the follow up to Talent soon after its release. Recorded and mixed in the same apartment as that debut, Prominence comes after Pena scrapped an entire album’s worth of songs for not sounding emotionally interesting enough. Despite this hardline, perfectionist approach being somewhat admirable, it does set alarm bells off when an artist takes such drastic steps.

And while Prominence is an interesting and more engaging affair than its predecessor, it does give pause to wonder what the songs that didn’t make it on to the record sounded like. Opener Lengths is a perfectly nice introduction, with its broken beats, classically styled guitar and Pena’s hushed vocals easing the listener in. But it’s nothing particularly mind-blowing or worthy of emotional attachment; instead it is just pleasant background music.

The first single, Complete, is more promising, with a guitar riff that has more of a backbone, while the beats and synths give the song a tropical vibe that would make it ideal summer listening. Lyrically, Pena explores new ground and does so reasonably adeptly, as he whispers: “I didn’t settle for once in life/ fled from pain a hundred times before/ led myself astray just out of spite/ yet I’m feeling like…” The evident sense of abandonment works well with the escapist sounds.

Honest is another standout track, with swarming synths and expansive strings combining to create an engrossing atmosphere, something that is also achieved on the infectious Forever, which rests on a guitar riff that could easily have been ripped from The xx and Pena’s effortless vocals. “It’s so hard believing, there’s nothing more I could do/ and forever’s a long time, just been hurting for you,” he sings, with the sort of aching emotion Pena was clearly searching for during the recording process.

As with Talent, Prominence sounds a long way off the work Pena did with Beach Fossils, but the experience he gained with the first record has helped improve this second attempt. Songs such as Thin are far more sonically interesting than most of the material on Talent, which was often very laboured and tiresome to listen to. However, there is still no getting away from the fact that Heavenly Beat’s music never really moves out of first gear.

Take Familiar, where the reverberating synths and sliding guitar continue to build layer upon layer, giving the impression that the song is leading up to a big payoff finish, before inexplicably petering out. The same can be said for Expectation, which once again relies on a repetitive, delicate guitar riff and expansive brushes of synth. Whether it’s due to Pena’s monotone vocal delivery or because the instruments sound directionless, the end result is mind-numbingly dull.

Ultimately, that’s the problem with Prominence. Although it shows far more variation than Heavenly Beat’s debut, there is still something a bit bland about the end product. Pena’s whispered vocal staying exactly the same from start to finish doesn’t help, but the overall atmosphere leaves one feeling almost trapped in a relaxing, albeit frustrating, purgatory. That’s fine if you just want something to stick on in the background, but as a listening experience, it will just leave you wanting something more.