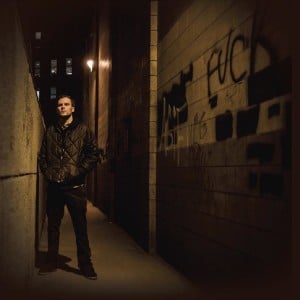 Multi-instrumentalist Emil Amos has been knocking around for some time now, yet he remains an unknown quantity to many. Beginning with a four-track, lo-fi home recording venture in 1992, he has now amassed a dozen albums of often eclectic efforts, with 2014’s The Fact Facer in particular receiving critical acclaim left, right and centre; its cover, depicting suicide, is also striking to say the least.

At the turn of the century, his fruits were first released officially as The Lost Decade, a compilation of pieces produced between 1994 and 1999 and he has been prolific ever since, with last year not only seeing the aforementioned The Fact Facer released but also The Lost Decade II, taking his tally to 11.

The whole Holy Sons set-up is rather unique, none more so than on the live front where a band can be assembled on either side of the United States at will with different musicians deployed on both coasts, ready to come together for performances – a fluid line-up if ever there was one. Amos is a great thinker too, a modern day philosopher in fact, declaring that he feels it’s his duty to unstable himself as an artist in order to delve inside and bring out the art that is subsequently made in private before being brought to people for approval/disapproval rather than being made with the audience in mind from the outset.

Fall Of Man, according to Amos, is about trying to gain a better understanding of your own life, a reflective look that, as Amos puts it, develops through ageing as one becomes able to float above and view oneself far easier. To human beings, though, Fall Of Man is a subtle take on 1970s rock, often reliant on minimalism for atmospheric effect and careful musicianship designed to gently enhance rather than overwhelm.

On nine of the 10 tracks, Amos plays and sings everything. The one exception is the impressive Aged Wine, and it’s as good a place as any for an immediate foothold, the most obvious ’70s rock referencing effort here being that after an excellent instrumental intro settles down into something that gives a slight whiff of Black Sabbath with the chosen notes rather than thunderous Iommi-like riffage.

Opener Mercenary World gives a good indication of what to expect from the majority of the album though, a slow paced trudge with minimal instrumentation furnished with lashings of effects laden guitar. It’s sublime. The superb I Told You then sounds like Pink Floyd playing along to an experimental, jazzy song structure, with the exceptional guitaring of particular note.

The overall vibe of Fall Of Man is more chilled out than a room full of dope-smoking potheads. Being Possessed Is Easy floats along with occasional falsetto vocals developing into something reminiscent of Neil Young, whilst Discipline barely registers on the ears until a fuzzy guitar line promotes Amos’ multi-abilities more than adequately. Boil It Down then walks a minimal path again, playing on the reflective nature Amos suggests is at the heart of the record: “I haven’t been back for a very long time and it’s time to go back”, he muses.

He’s a busy man, is Mr Amos, with fingers in several pies both past and present. Drumming is his speciality, a skill honed with both Om and Grails several years after his home recording pursuits took hold, but his guitaring skills are also held up for all to see on Fall Of Man, and they’re not to be sniffed at. Amos is also a member of sample based hip-hop outfit Lilacs & Champagne, but Holy Sons is his baby, the project for which he will ultimately be judged and remembered. And in many places, Fall Of Man adds considerable weight to his ever expanding legacy.