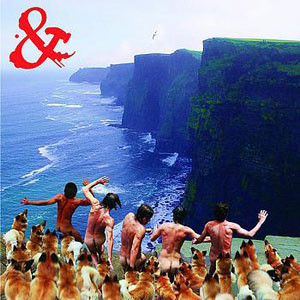 One of the few things that has definitely made a mark on this century’s music is the influence of the ’80s. Brits have always, and always will, love retro. Our tastes react well the world of 20 years ago, using and renewing it creatively – on the other hand there is the inexplicable popularity of crass ’80s nights around the country.

Yet we are now reaching the end of this decade, and a review of the ’90s is surely pending. With this in mind, Iglu & Hartley fit into an interesting place. Their debut album is, without question, ’80s tinged, but blended with traits from the ’90s as well.

The 1990s were a time swayed by unabashed pop and savvy commercial production. It was a decade that forged the path for a particular type of boy and girl band, and rap turned crap overnight. The almost inevitable cultural recycling has produced a 5 piece American, FM friendly, six pack greased, middle class, LA based electro/rap group who may strike a particular chord with the retro-loving UK.

Unfortunately, it might not be the chord we’d all like to hear. Jarvis Anderson and Simon Katz lead the combination of period influences and they come across like some awful, chirpy Vanilla Ice/Eminem/Arcade Fire/Red Hot Chilli Peppers/Backstreet Boys crossbred mess. They mash together electro, rock and pop, rap and harmonized vocals, acoustic styles and a funky drums section. It’s a tall order and they are not entirely unsuccessful in making some catchy tunes out of it.

DayGlo pretty much sums up their musical position – “They call me DayGlo – in the day I glow” – with lyrics so banal to almost draw comparison with Aqua‘s Barbie Girl. The one difference between Glue & Hartley and Aqua though is that these are sounds born out of angst for the happy dancing feet and clapping in the disco.

In The City is pure sitcom soundtrack material. Tomorrow is just a jumble of words. Build runs on some pre-credit crunch optimism – “there’s no road, clear one out, there’s no house, then we’ll build one now” but purposely sends up their white rap skills. This actually provides a little relief from the rest of the otherwise repetitive tracks.

We’ll See, the most ambitious track with its clattering rhythm section, atmospheric choral work and sweeping synth progressions, despite sharing in common the dismal lyrics of the rest of the album, somewhat perks the ears which tips the album towards a passing grade.

Anything more than a superficial engagement with the album is likely to result in frustration and disappointment. They sound nice, look nice but you’d be pressed to find any substance. However, if there is anything we can credit Igly and Hartly for it might be that they have absolutely signified the beginning of the end of our love affair with the ’80s. It was cool, then it was pop and now it has shamelessly gone too far. Thank goodness we always have time to learn from our mistakes.