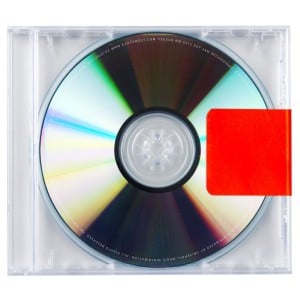 Embedded in any Kanye West release is extreme narcissism, a remarkable ear for beats, and simultaneously sophisticated and lowbrow lyricism. Yeezus, his sixth studio album, perhaps represents the apex of these three main aspects. Amid heightened media interest in his family life and all he does – he and partner Kim Kardashian have just brought a baby into the world – why does Yeezus sound so different?

You can pick and choose the prisms through which to analyze West and his work. He’s a genius who adopts a carefully curated set of cultural references, some obscure, some accessible. He’s an unfocused idiot who, at the same time, doesn’t know how to combine these references into a cohesive statement. He’s a contradictory public persona who picks and chooses with whom to communicate, from the New York Times to the masses on Twitter. He knows exactly how and when to leak his albums and release his singles for maximum hype that somehow doesn’t distract from the quality of his music. But he wants attention. Kanye West is so much all of these things that it’s a surprise he hasn’t yet compared himself to Walt Whitman – who might well be the only famous historical or cultural figure to whom he hasn’t.

Hate him or love him, and however you classify his artistic integrity and deeply delusional personality, there’s no denying that Kanye West is one of the most brilliant artists of this generation. Yeezus is a divisive album, one that contains some of West’s most inspired samples, collaborations, and racial observations to date while at times being insufferably misogynistic and confoundingly lyrically lazy. Whether West intends to expose his vulnerabilities and imperfections as an artist and as a person is irrelevant: West always goes for the top. Yeezus is no different – and it’s brilliantly flawed for doing so.

From the glitchy, opening beat of On Sight, one can decipher two immediate characteristics of Yeezus: it’s a game changer for West and for the music world in general, much like his divisive 808s & Heartbreaks, and it’s an album that explicitly represents the contrasts of the city from which he came. My Beautiful Dark Twisted Fantasy began with West rapping “I fantasized ‘bout this back in Chicago,” and Yeezus essentially begins the same way, echoing Chicago’s history of black cultural flourishing (this time house as opposed to his trademark soul sample) and the city’s violent, cold, darkness that disproportionately affects black people. The beat comes from Daft Punk, whose previous collaboration with West (he sampled them on Stronger) also changed the game by setting the trend of hip hop artists rapping over electronic beats from Europe. Midway through On Sight, however, West shows you just how much he doesn’t give a fuck (his words), and quintessentially samples old gospel soul, before diving back into Daft Punk’s intense, harsh beat.

The second track on the album, Black Skinhead, has the most single potential. Its industrial rock beat drives him screaming and waxing poetic about society’s condescending stereotype of the animalistic black man. Black Skinhead is then somewhat of a companion piece to New Slaves, a stunning track which tackles the economic disparity between poor and rich African Americans and the expectations society places on them in terms of the poor versus rich dichotomy: he’s lamenting the absence of the black middle class, and claims that everyone’s in on preventing it from flourishing, from the government to the prisons. It’s like Killer Mike’s R.A.P. Music with a stylized Frank Ocean outro.

Post-New Slaves, Yeezus involves a Chicago collaborator who epitomises West’s obsession with what he calls the “rich nigger racism” dichotomy: Chief Keef. A pioneer of the Chicago drill rap scene, Keef has seen his fair share of both money and legal trouble and embodies the Marvin’s Room-like cold, detached rap persona. Meanwhile, the abhorrent-in-concept and beautiful in construction Blood On The Leaves, which juxtaposes a sample of Nina Simone singing Strange Fruit with an insane TNGHT beat, involves more contrast: a song about lynching combines with a song about West’s miniscule problems, like not getting the right seats at whatever bourgeois event. West is an individual who has always, in a usually self-aware manner, complained about miniscule things like the less-than-ideal size of his private jets. Blood On The Leaves is the moment you consider stopping listening to Kanye West on principle, because of his pure conceptual obnoxiousness, but the composition and the arrangement is too stunning to pass down.

And finally, West returns to the old soul sample on the mean-spirited, but comparatively fun Bound 2, which contains some of his funniest lines to date (“This that prom shit / This that what we do, don’t tell your mom shit”). The entire album cuts off suddenly at the final “uh-huh honey” sample, the last time West fucks with your mind on a confusing, captivating album. How Yeezus compares to West’s other classics will be irrelevant, as West is an artist of David Bowie-level diversity. What matters is that West proves that he’s once again the ultimate postmodern artist, his personal life and artistic life inseparable, his shit so not together that we can’t help but identify and take part in the uncertainty.