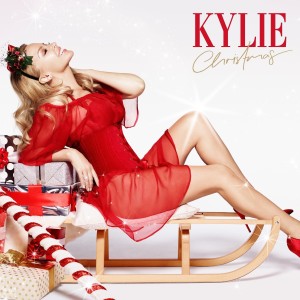 She might be at least 10 years past her commercial peak, but Kylie Minogue remains a magnet of immense goodwill. After all, only a cloth-eared idiot could harbour any hatred for Kylie. It means that a Kylie Christmas album is a more enticing prospect than most festive long-players; it’s the musical equivalent of an entertaining friend enlivening an otherwise dreary Christmas dinner.

It’s dispiriting to discover, then, that the unimaginatively titled Kylie Christmas opens with a trio of the most overexposed and, frankly, dullest Christmas songs in the canon. It’s The Most Wonderful Time Of The Year, Santa Claus Is Coming To Town (featuring a beyond-the-grave Frank Sinatra) and Winter Wonderland are all given phoned-in, Radio 2-friendly big band arrangements. Not even Kylie’s dependably jovial vocals can lift these songs above mediocrity.

Fortunately, respite from this drear comes in unexpected form of a cover of The Waitresses’ Christmas Wrapping, featuring Iggy Pop. Despite Iggy’s contributions sounding like they were uploaded from low-quality MIDI files (surely never have two singers in a ‘duet’ ever sounded so obviously apart), it’s a hoot. Kylie launches into the rapped verses with the alacrity of a karaoke singer on her fifth cocktail. Iggy, meanwhile, delivers the kind of chuckle that only a man celebrating his sixth decade in music by duetting with Kylie Minogue can deliver.

Momentum is maintained over the next three tracks. Only You is another unlikely duet – this time with ubiquitous polymath James Corden. Originally released by Yazoo in March 1982, it’s not a Christmas song per se, but its twinkly ambience (and, perhaps, its inclusion at the end of The Office’s Christmas special) makes it a festive number de facto. Kylie and Corden’s version substitutes piano for the original burbling synths and the result is a surprisingly affecting ballad.

I’m Gonna Be Warm This Winter – a 1962 rock ‘n’ roll number originally recorded by Connie Francis – wins points for its relative obscurity, while the tune’s brisk tempo and sherry-fuelled bonhomie prove a good fit for Kylie. Every Day’s Like Christmas is the first of three originals, and it’s the album’s highlight. Written by Chris Martin, it has the tuneful melancholia of a Coldplay ballad.

That momentum is broken in the album’s second half. There are some more boring, predictable covers in the form of Let It Snow, Santa Baby, and Have Yourself A Merry Little Christmas. A twinkling cover of The Pretenders’ 2,000 Miles fares better, and there are two more decent new ones: the rousing White December and Christmas Isn’t Christmas Till You Get Here, an entertaining piece of ersatz Motown.

The patchiness of the album is perhaps a consequence of Kylie trying to placate the disparate portions of her remaining fanbase. Still, seven keepers out of 13 is a decent hit rate. A merry little album.