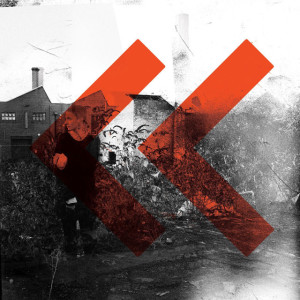 Hailing from the Manchester of Ian Curtis and The Fall rather than that of Bez and The Stone Roses, LoneLady – AKA Julie Campbell – serves up a deceptively danceable brand of post-punk on the follow up to her rapturously well received debut, 2010’s Nerve Up. Part two has been long in the works, and it wastes no time expanding beyond the taut borders of its predecessor; Hinterland’s comparatively rich textures suggesting that, whatever else has happened in Campbell’s life over the course of the last five years, she’s grown to become a more accomplished writer and performer.

Yet her approach is essentially unchanged: allude to hometown influences – and the hometown itself – without regurgitating wholesale; concoct a mish-mash solution that balances shape-throwing grooves with bare introversions; continue to explore a central theme of lonely nervousness in post-industrial environs. Combined with newfound musical deft-handedness, Campbell’s ideals are distilled into a tight nine-track album in which influences are evoked, grafted onto fresh numbers and cut loose to scratch insistently at the listener’s ear.

Into The Cave, with its Human League-esque disco drums and sinister Joy Division-style bass lick, builds patiently despite a pervading sense of jittery uneasiness – Campbell’s soulful vocals at odds with bendy, off-kilter synths – before Bunkerpop ascends to the same heights with beautifully tremulous guitar, a dense percussion track and rhapsodic chorus. As LoneLady’s art-pop reaches its apex (“You can’t stop this bunkerpop”), one can imagine St Vincent and David Byrne rapt by the very sound of it, their endorsement made clear by the robotic nodding of their perfectly symmetrical heads. Indeed, the title track follows up in short order, its crackling energy and unmistakable cello riff placing it in the same class as the high watermark of pop in 2014, Digital Witness.

The album is littered with highlights thereafter: Groove It Out’s repetitive, retro-flavoured melodies are instantly familiar – its vibrant, six-minute cacophony including delicate harmonics that pan from ear to ear – while the murkier, factory-like (I Can See) Landscapes bears the closest resemblance to the LoneLady of old, dealing with more literal, physical aspects of “cement-coloured North of England”. Silvering is another track teased over the six-minute mark, its intertwining guitars calling fellow Mancunians The Longcut to mind – though Campbell’s preference is to resist overdriven effects, resulting once more in a crystal clear mix where each component part is easily picked out and savoured. Flee!, on the other hand, is altogether more mournful: droning strings are overlaid with lamentations that the sky is falling as Hinterland’s momentum runs dry. We’re reminded that, despite its frequently funky demeanour, this is an LP that frequently echoes the themes of its forerunner: solitude and social anxiety.

The closing tracks switch stance subtly: Red Scrap’s restless pace and skewed chords are paired with dilapidated imagery, resulting in what sounds like uplifting montage music for an imagined ‘80s movie about a rundown town, while Mortar Remembers You sees Hinterland out with conventional hooks that thrust Campbell’s pop writing credentials into the spotlight – not that they were ever really obscured on what has to be one of the year’s most satisfyingly accomplished long players.