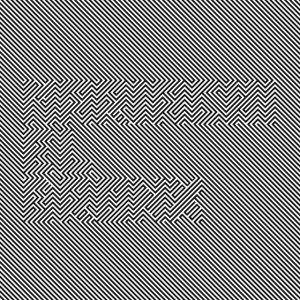 It is not uncommon for bands to indulge in a little side project fun every now and again in order to explore new pastures or just blow off steam. However, it is quite unusual for those projects to take on a life of their own and reach a point where they almost dwarf the achievements of the original band. Mariachi El Bronx isn’t quite at that point just yet, but it isn’t too far away.

When The Bronx first took this deviation seven years ago, they could scarcely have imagined that their dalliance with Mexican folk music would spawn three albums and become an ongoing concern, their charro suited alter-egos threatening to step into the places of their hardcore brethren. Yet here they are, still going strong. What initially appeared to be a fun diversion (although not quite a novelty) is flourishing.

This time around, the band have employed the use of sequencers, synths and electronics to augment their sound. This decision is apparently a “middle finger to tradition” but the truth is, that it merely adds a little more flavour to the album; if anything, Mariachi El Bronx still sound authentic and respectful of the music that they play. The addition of “inauthentic” sounds merely helps to ensure that the band are moving on and exploring new ground, which is something that this project needs to prevent it from becoming tired and uninspired.

The addition of synths barely changes anything, with the main thrust of the band’s sound remains traditional, and fortunately their ability to write great songs renders their inclusion purely incidental. Take New Beat for example which scampers along with a clip-clop rhythm and relies heavily on some evocative trumpet. Here the vamping on synths purely adds flavour until the breakdown, where it squelches oddly in the background.

They are more in evidence on Eternal, a song that perhaps points the way forward for the band. A slow burning song, it starts in atmospheric mood, with the synths providing an ambient wash for Matt Caughthran to sing a lament of sadness and psychological torment. The slow addition of trumpet and strings pulls the song back into mariachi territory, but this is the moment where Mariachi El Bronx, no longer in thrall to convention, stretch out and use the form as a basis to create something new; this is a significant step forward.

Elsewhere they get the mix just right on Right Between The Eyes where the synths provide colour to a soaring take on Ennio Morricone‘s spaghetti western soundtracks. Driven by drums shot through with punk urgency and some glorious trumpet work, it’s testament to how meticulous the band are in ensuring their details are spot on. The backing vocals, complete with chain gang grunts, take it to another level.

Central to the album, other than the new forms of instrumentation, is the simple fact that the songwriting is still very strong. Wildfires finds Caughthran trying to make sense of the self-destructive tendencies of his past, yet despite the turmoil at the heart of the song, the chorus is a fantastically uplifting. It’s a perfect example of music’s power to provide a light at the end of tunnel, and this is acknowledged in Caughthran’s defiant lyrics “a part of me has died, from ashes I will rise”. High Tide relies heavily on jubilant strings to counter the song’s tale of a life (and a relationship) on the ropes. Strong melodies and careful instrumentation make for an emotive if ambivalent song.

Raise The Dead ups the tempo and finds the band scampering along in a paranoiac state that thanks to some incredibly intricate guitar work, somehow manages to sound like a thunderously enjoyable tequila fuelled party. Even the downbeat Nothing’s Changed which is a little too introspective for its own good shines with smart arrangements and melodies. The key to this album is that whilst the original concept of Mariachi El Bronx remains in tact, things are changing slowly and given time, could easily evolve into something truly fascinating. They feel like they’re on the cusp of the something here.