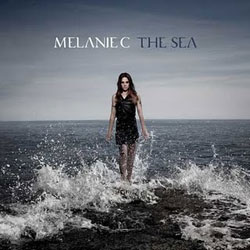 After a four-year absence from our lives (punctuated only by a questionable reanimation of the Spice Girls), Melanie C returns with The Sea, so-called apparently because it mixes genres like the oceans mix species of fish. This is true after a fashion. In the latest effort, Melanie Chisholm has stretched herself to take on pretty much every corner of the vast plain of female pop, and is unsurprisingly weak outside her comfort zone.

As the curtain rises on the eponymous opener, the strange sense that this might be a well-produced, inventive and talented offering creeps in. Tension rises with the introduction of cross-cutting percussion and the ivy-like growth of glissando violin, but the illusion is shattered as soon as Chisholm opens her mouth. An uninspiring vocal entry slouches into focus like a hungover Kelly Clarkson. Apart from a brief game of ‘spot the incongruous sitar’, this is plodding and predictable, musically and lyrically. The song’s called The Sea, and punters betting on what the lyrics will be, given the title, are good for a win. Here’s a clue – incessant talk of “waves crashing down” is among the least clichéd.

Indeed, it’s almost best to discuss the tracks in terms of other artists, as it’s as if Mel C has been watching female pop’s progress over the last five years and tried to ape the various stars of the circuit. “Slick” new single Think About It turns out to be a best attempt at something by Katy Perry, except without the intelligent, coquettish lyrics (“We only regret what we don’t do /Why don’t we do what we want to” is more Rebecca Black than Kathy Beth Terry.) Meanwhile, the throbbing, pressing, needy strings of Burn are clearly a nod to Leona Lewis, notable for the soggiest, least explosive use of the word ‘dynamite’ in music. All About You, while better than her pop, is still more like a weak karaoke cover of a rock chick than the real thing, and the slushy strings and safe, shuffling drums of One By One makes it an identikit ballad.

The apery isn’t just artistically cheap, but occasionally damaging. On Weak, Chisholm simply shouldn’t be attempting Destiny’s Child-style belting with her distinctive voice, which just grates as whiney when forced in that direction. She’s better when slivers of her own musical personality appear to force their way through, spiking the otherwise breathy melodrama of Drown with something a little more interesting, while the Celtic touches to Beautiful Mind add intrigue. On Get Me Out Of Here, a waltz tempo at least adds musical variety, even if we’re not spared any in the vocal department; while subtle, jazzy chords add the first flicker of edginess all album. Stupid Game, on the other hand, is almost pleasingly back to school disco territory. If it’s not broke, why fix it?

The closest the album comes to decent is closing track Enemy. Strings and piano interplay to create pretty decent orchestral rock. Definitely more Biffy Clyro than Beyoncé, and this is certainly where Mel C’s range sits best, but to say that the similarity was a full-on mimic this time would fail to do justice to Biffy, and to Mel C as well. But generally The Sea is mundane and ill-executed. Mel C takes on too many forms, stretching herself too thin to be effective in any of them. One or two tracks mark out future directions worth pursuing, but they are few and far between on an album which won’t rock any boats.