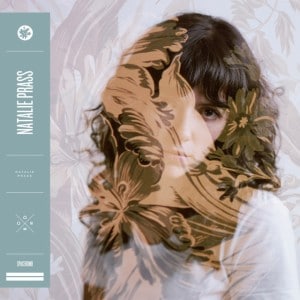 Natalie Prass spent most of 2014 as a touring keyboardist and backing vocalist in Jenny Lewis’ touring band, but now unleashes an album in her own right, made with Matthew E White’s Spacebomb label and production house.

Spacebomb is clearly intended as something of a low-budget equivalent of Stax/Volt – a label with its own studio and a house band of highly skilled musicians able to bring vivid, vibrant arrangements to life. Although little is known so far of Prass’ influences or preoccupations as a singer-songwriter, this debut feels like a slightly premature take on the Dusty in Memphis template – a singer exploring different sound worlds through the aid of a team that is not just proficient, but also soulful and with a strong musical ‘feel’. The sound here feels even more cinematic and powerful than on White’s much admired Big Inner.

One of the great joys of this extraordinary record is the intriguing juxtaposition between the rich, ornate arrangements, replete with strings and horns, and Prass’ delicate, vulnerable vocal. She does not sound all that much like a soul singer (although there might be some value in a comparison with Diana Ross) – she’s actually closer in range and sound to Kate Bush or, particularly, Joanna Newsom. It may not be a big voice, but it is one with real depth and feeling.

Everything she sings here feels honest and convincing, and, like the best soul music, her songs here transform the personal in to the universal. Although there has clearly been a conscious reach for grandeur – the overall feeling is still relaxed (enough for Prass to let out a mischievous giggle at the end of Your Fool). Perhaps the only jarring moment is the spoken word reprise of Your Fool, on which Prass and Spacebomb may be wearing their ’70s soul influences a little too proudly on their sleeves.

The campaign towards this album has lasted several months (a no doubt sensible strategy for a relatively unknown artist), including three teaser tracks – Bird Of Prey, Why Don’t You Believe In Me and My Baby Don’t Understand Me. If Bird Of Prey seemed like one of last year’s outstanding singles, its lightness of touch and bounciness perhaps risk it seeming lightweight when placed in such a frighteningly majestic context. Rest assured that this is merely a signifier of just how special this album is.

The last of these three releases, My Baby Don’t Understand Me, opens the album and it is wonderful. Many breakup songs have been written of course, but few have captured so beautifully the protracted end of long term relationships, and that unsettling sense of having perhaps never known a person properly (“Where do you go when the only home you know is with a stranger”). The brilliant horn and string lines are the most immediately dazzling features, but the vocal harmonies are also highly imaginative too. The whole song feels like a rich narrative journey. The extended coda, built on heavy repetition of the phrase “our love is a long goodbye” as horns reach a transcendent state, will be familiar to any fan of Matthew E White’s Big Inner, but the trick is arguably even more successful here.

The album is concluded by a showstopper that is opulent in an entirely different way. On It Is You, Prass’ vocal is at its most sugary and the arrangements swirl in defiant technicolour. It is hard to tell if it is the album’s most earnest or most affected moment, but it works as a pleasing burst of positivity after an album that delves deeply into heartbreak and it is intuitive enough to sound like a standard. Another neat contrasted is provided by the lilting shuffle of Violently that, in spite of its title and celebration of passionate sexuality (“I just want to love you violently, I’m tired of talking”), is actually more of a slow burner, gradually building into something resplendent.

The album’s most surprising moment comes with Christy – a bold and brave song of love triangles and deceptions that comes with striking baroque flourishes. This is where Prass sounds least like Ross and most like Newsom, and it has an endearing quirkiness that suggests other possible avenues should she not further develop her working relationship with Spacebomb. In one sense, it feels like a lurid hallucination – but at the same time it feels palpably unhinged. Given the expressions of vulnerability and exploration of heartache here, this album has had timely release. It makes for a glorious companion to Björk’s Vulnicura but also stands as a confident, masterly debut album in its own right.