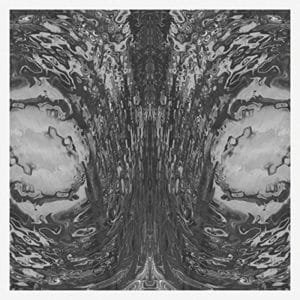 The hugely prolific Necro Deathmort make a return with an album that sees the ball on their genre-straddling roulette wheel land on “Early 80s Horror Sci-Fi Flick”. Whilst the duo of Matthew Rozeik and AJ Cookson tend to occupy the somewhat barren electronic hinterland of metal, The Capsule finds them floating, capsule bound in space, with nothing but synths and electronic atmospherics for company…or so they might think. There are no guitars here – it would seem that in space, no one can hear you strum.

The eerie silences that punctuate Kubrick’s 2001 or segments of Alien might well ratchet up the tension, but there’s no denying the effectiveness of a sinister bass line or relentless drum pattern. The first half of The Capsule has both in spades. The motorik pulse of In Waves is irresistible as it drives the duo out into the infinite. Voices drift in and out of the mix, some are definitely human, whilst others sound as if they might of alien descent or delivered by AI gone awry. As the track progresses, chaos ensues as the sound of industrial and mechanical failure start to creep into the mix. A serpentine bassline wraps itself around that insistent drum pattern making it practically impossible not to dance in the face of Armageddon.

First Rays follows and immediately immerses itself in a breathy synths and celestial winds. This is Necro Deathmort at their most ethereal and dreamy, but as it progresses and the sinister synths start to make their presence felt, it’s clear that there’s something out there in the darkness. The earlier ambience is shattered and the tension towards the end of the track is almost unbearable. The way the synth figure slowly fades calls to mind the way John Williams’ score for Jaws utilised fades and light and shade perfectly.

Moonstar’s slow but creepy exposition is also influenced by film scores, most notably those of John Carpenter. Midway between the relentless march of Michael Myers and the futuristic craziness of Escape From New York, there’s also time to nod in the direction of Morricone’s score for The Thing. It’s beautifully crafted and terrifying in a truly understated way.

Capsule Sickness also hints at Carpenter’s most basic but effective work with its simplicity constantly being toyed with and circled by any number of threatening and disconcerting sounds. It’s at this point that the album suddenly becomes a far less threatening place, as if the capsule sickness has resulted in a sense of acceptance and tranquillity. Crux is a delicate and exploratory work that puts a series of beeps and patterns together to create something rather dreamy and childlike. Mono/Serum feels like a fever dream with its seething opening moments sounding a little like a wailing choir. As it settles down, bass pulses take over, throbbing away gently with implied menace but never really lurching forward.

Pecklyn inhabits a similar headspace, with darkened tones and notes emanating from the void. It’s easy to picture a gothic take on the end sequence of Close Encounters Of The Third Kind as the notes join together to form a unified, oddly beautiful, and almost orchestral sequence. The album closes with the dark undulations of Screens which again find the pair reaching for an elegance that has never been quite as fully realised on their other work as it is here. The whole album is a new frontier for Necro Deathmort, and it’s one worth exploring with them.