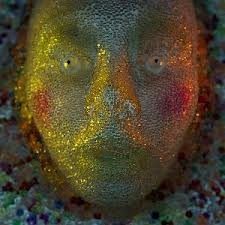 “What a wonderful collection of islands!” cried the naturalist as the HMS Beagle left the Galapagos. “And what marvellous creatures contained therein! Such a variety as you would have to search the length and breadth of Britain and even Europe to discover. I have filled a notebook and a half describing species that, as far as my knowledge permits me to state, are unique to this place.”

“I miss my dog,” thought Captain Fitzroy, and turned the tiller towards Tahiti.

Galapagos is an album of a thousand interesting little ideas, and precious few big, exciting ones. In most bands, this manifests itself in sudden quirky changes of genre and an apparent desire to make every song sound unrelated to its companions. The restlessness of such acts (the debuts of Everything Everything or The Coral, perhaps) is linear – the ideas pile up one after the other. Post War Years pile their ideas on top of each other.

The result is a surprisingly cohesive album, a collection of songs all within spitting distance of the kitchen sink. But despite the wealth of invention – or perhaps because of it – there’s precious little in any way memorable or emotionally affecting. And when certain songs occasionally come within touching reach of greatness, it’s most often through their distinct resemblance to other acts.

They simply cannot approach a song without seeing how many strange sounds, unexpected rhythms, and quirky samples can be attached it. On All Eyes they begin to sound like The Avalanches, an act built on samples rather than an actual band – an impression unfortunately heightened by their use of three lead vocalists.

The Bell, despite its Portishead machine-gunning drumming at the start, is at heart an Arcade Fire impersonation, sincere breathy vocals and all. Growl has perhaps the most immediacy of the tracks, with its see-sawing bassline and single-word chorus, but it has Wild Beasts written all over it, right down to the wolfish “hoo hoo” backing vocals. Their hairy hand is heard again in Volcano, the four-to-the-floor beat and twitchy guitar riff also recalling the ubiquitous Foals, and it’s only really the skiffly-epic Lost Winter that evolves enough from its origins to breathe life into the record.

It’s all very impressive – but music isn’t gymnastics. There are no marks for technical merit. Neither are there marks for effort. If they are to evolve in either quality or popularity, then next time they go into the studio, Post War Years would do well to tape a notice above every mixing desk: “People will have to listen to this.”