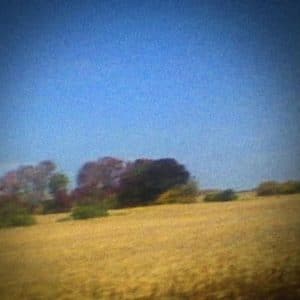 The shift in style and approach in former Red House Painters mainman Mark Kozelek’s songwriting that occurred at the point of Admiral Fell Promises in 2010 seems to have divided opinion amongst his mostly loyal devotees. Improving his skills as a guitarist, his favouring of classical guitar over electric directed him well away from the dense, trudgy and allusive narratives of Ghosts Of The Great Highway and April towards more forthrightly autobiographical storytelling (perhaps?), some very dry humour and a half-spoken singing style that at times has come pretty close to a weird form of rapping. Some found 2012’s Among The Leaves to be too flippant, although for others it contained rich layers of irony and some deliciously self-mocking lyrical punches.

Benji, Kozelek’s sixth album under the Sun Kil Moon moniker, neatly combines his acoustic unveiling of personal skeletons with moments similar to the sad, melancholy tales that populated Perils Of The Sea, Kozelek’s brilliant collaboration with The Album Leaf’s Jimmy LaValle. It is haunted by death, regret and the process of ageing. It at least appears to be boldly honest, although it may of course simply be a variety of versions of Kozelek telling these compelling, everyday vignettes. These songs are also utterly unconcerned with fashion or coolness, as I Can’t Live Without My Mother’s Love and I Love My Dad espouse family closeness and tread a fine line between beauty and mawkishness (the former considerably more successfully than the latter).

These are songs that inspire and demand total immersion in their twists and turns. Kozelek’s near-monotone can be deceptively soothing or even soporific, but his lyrics detail the daily vulnerabilities, trials (and, more rarely, joys) of life in disarmingly direct, intimate and unpretentious language. Sometimes these stories are rambling and unstructured, following Kozelek’s thought process through the loosest of connections and without much in the way of editing. This is most apparent on the album’s near-faultless closing run of songs, in which a trip to see a Postal Service gig sets Kozelek ruminating about his age and his relative lack of media appreciation (Ben’s My Friend), finally providing him with the last track he needs for his latest album (irony klaxon!). Perhaps the most extreme example is a verbose song incorporating musings on serial killers, the sad premature death of James Gandolfini and nagging prostates (Richard Ramirez Died Today Of Natural Causes). The sheer tumble and cascading of the words (sometimes multi-tracked in a scattershot approach) in these songs is staggering.

Death, tragedy and heartbreak are inescapable on Benji. There are two songs about family members killed in fires (the opening Carissa, about a relatively distant second cousin that inspires musings on broader familial responsibility and the delicately moving Truck Driver, about an uncle, both having died in the same dreadful manner). On the shimmering, wonderful Micheline, Kozelek remembers watching a young band-mate suffer an aneurysm during a band rehearsal, apparently brought on by the strain resulting from his unconventional guitar playing technique.

The album’s best song might be the lengthy, elaborate I Watched The Film The Song Remains The Same, which juxtaposes memories of being transfixed by Jimmy Page and John Paul Jones to a litany of deaths (a friend suffering a fatal motorcycle accident, Kozelek’s grandmother passing – “the nervous tension I’d been feeling for months broke, and strangely I laughed”). It progresses to discuss Kozelek’s discovery of the guitar, his burgeoning musical career and his regrets following his one moment of bullying a school colleague during childhood. It is quietly devastating, and delivered with pure grace and subtlety.

Musically, Benji is a purposefully awkward and unpredictable mixed bags. The sudden appearance of drums on Pray For Newtown (the opening three tracks all focus squarely on Kozelek’s melancholy half-melodies and acoustic guitar) is surprising and powerful, whilst Ben’s My Friend features 2014’s most implausible saxophone solo. The acoustic songs are often effectively layered, with two or three guitars gently goading each other, sometimes with deliberate uncomfortable clashes. Jim Wise, a song blessed with a curious, brilliantly restrained nursery rhyme-like simplicity, is characterised by a vintage electric keyboard accompaniment.

Detailing a visit to a family friend being kept under house arrest for performing a mercy killing on his suffering wife, Jim Wise is a profound and vivid sketch of a brief moment in time with far wider implications. This now seems to be what Kozelek does best – drawing a powerful broader picture from the most microcosmic of scenes. Anyone accusing Kozelek of self regard after Among The Leaves should consider how he puts his own life into perspective against the Newtown school shooting on Pray For Newtown, or consider the empathy he shows for characters such as Jim Wise.

Sadly, Benji is not quite perfect. Dogs achieves some insights about the vulnerable nature of sex and relationships, but it only reaches such a conclusion through a process of over-sharing. Kozelek lists a rather graceless and lurid series of mini-portraits detailing sexual experiences from childhood through to young adulthood. This is combined with a rather limited and repetitive melody that feels under-developed. I Love My Dad is also a little awkward, with its sweetly cooing backing vocals (these seem to be sincere, but could easily be mistaken for parody). It is also set to an unassuming and rather conventional country chug (not a million miles away from Iron And Wine and Calexico’s A History Of Lovers, but without the vibrant mariachi horns) that serves to diminish the impact of its lessons and reconciliations.

Still, these slight false notes could never really undermine the sheer overwhelming sadness of the majority of this album. These could all be purely autobiographical tales, or they might more likely be partially real, partially imagined versions of Kozelek’s life. The authenticity or veracity hardly matter though – what is important is the effect and the (mostly) sustained mood. Kozelek is a songwriter operating with audacity and confidence, composing wry and forthright confessionals that investigate areas of everyday darkness and despair too rarely explored in popular song.