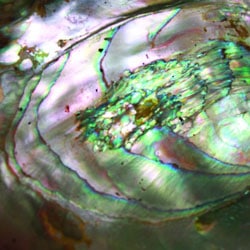 The tone for Tasseomancy’s debut album is set before you even hit ‘play’. The band’s name – which is a method of fortune telling using tea leaves or wine sediments – was apparently not enough to whet the listener’s appetite, so their debut album is named after one of Edgar Allen Poe’s most haunting poems, Ulalume. And if that doesn’t get you in the mood, it’s being released as a ‘candle and matchbook’ package, which includes a download code. Spooky, huh?

It sounds like serious stuff for a band whose previous incarnation held the rather more little hearted title Ghost Bees, but despite their best intentions Toronto-born twins Sari and Romy Lightman’s debut sounds like it’s been lifted from the Hallowe’en special of an American teen drama. It’s all dramatic crashing drums, splash cymbals and hushed vocals.

Variously described as neo-folk, melodic-goth and indie-noir, their Myspace page reveals their influences to be: death ritual, hebraic song, war drums, ancestry and mythology. There’s certainly plenty of that channelled into Ulalume; seasons collide as the sisters explore anguish, fear and sadness with an intensity that’s rare in better developed, more mature work. Its naivety is its charm, and there are moments when it works. Diana, for example, is six minutes of twinkling mysticism that reaches deep and dark but leaves you feeling enlightened and content. They take you with them as they flirt with their MySpace list in a song that echoes Bat For Lashes.

Another interesting track is The Darkness Of Things; a mournful, funereal collection of plucked strings and guest vocals from Timber Timbre‘s Taylor Kirk, who also produced Ulalume. A simple, sparse track that sees the Lightmans’ harmonies at their subtle, note perfect best.

Unfortunately these moments are brief. Elsewhere, escalating drums, menacing, haunting vocals and pagan themes work to dumb down beautiful harmonies and their natural grasp of each other’s voices. They’re at their most frustrating with Up You Go, Little Smoke, which sees their twin vocals flit around each other to gorgeous effect, but all the while their eternal attempts to inject Eastern spookiness overpowers what could be a warm, tender song. It’s sprawling and distracted.

The basics are here, but so is everything else. It feels like Ulalume has been a long time coming; they’ve had the ingredients waiting for a long time, and now they want to use them all up at once. Tasseomancy have thrown their heart and soul into their debut album, but it might’ve been better with one or the other.