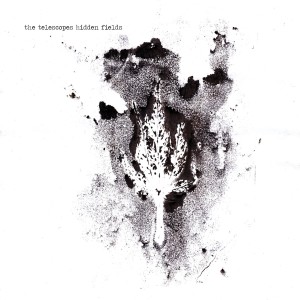 All music is art. Whether or not you like that piece of art is largely irrelevant for you to be able to appreciate the creativity process from which it came. But even art with little instant appeal to your ears and eyes has the power to enhance, if given the chance to do so. If you’re a newcomer to the wonders of The Telescopes, then you must first put aside all preconceptions of what type of music appeals to you and simply focus on the fact that it is unequivocally art.

For all intents and purposes, Stephen Lawrie has been the one constant creative artist for The Telescopes since their 1987 formation, he being the only remaining founder member. During the past 28 years the band have taken quite a journey, from shoegaze to noise rock to psychedelic rock to space rock via numerous band members and now, for studio album number eight, Lawrie heads back towards a more familiar song structure – in the main. The band recently signed to German label Tapete, but there’s no Krautrock on show here, it’s mind-melting feedback screech infused psychedelia recorded in Glasgow.

At just five tracks, a first look will have you thinking it’s an EP rather than LP. But album closer The Living Things lasts a colossal 15 minutes and it is undeniably the one track that is Hidden Fields’ heart. It walks a pedestrian trudge through an imaginary icy field of broken glass, debris and post-apocalyptic mayhem, underpinned by morbid wails and what can only be compared to your primary school teacher screeching their nails down the blackboard to silence the classroom. It’s an absolute monster, sounding at times like Newcombe’s BJM meeting Psychocandy era The Jesus And Mary Chain and My Bloody Valentine – its persistent bass line will burrow itself into your brain; beware, you may lose your mind in here.

All other tracks are mere snippets in comparison, the lengthiest being In Every Sense which is a killer droning beast akin to JAMC this time allowing what could be The Cure’s Robert Smith the most microscopic of input in the shape of an almost inaudible guitar melody that pops up for a few seconds. It’s like the bowels of hell closing the lid on creative forces trapped below, an occasional whiff escaping from the pit of doom. Another five and a half minutes are occupied by Absence, where reverb and drone create an atmosphere of desolation amidst a simple undulating guitar line before fading out into post-transmission fuzz like those good old days when TV channels actually closed rather than continue throughout the night.

Opening track You Know The Way pulses between two chords, more shockingly intense screeching forms the body of the track amidst all sorts of horror, in fact it’s the sort of track you could envisage ghouls reawakening to in the cemetery on the other side of the street so keep the volume down for this one. Don’t Bring Me Round is more of the same, albeit in a less intrusive three and a half minutes of psychotic madness.

Hidden Fields is certainly more accessible than more recent efforts, but then how many Telescopes fans like them for their accessibility? Strangely mesmerising and addictive, this album will have you in its hold if given the chance. Wield it like a shield – use it to block out everything around you when it all becomes too much; hide away, become enwrapped within its claws. Headphones on, volume up high, listen carefully and you will find treasures that you probably didn’t even know existed under the howling screech of noise that is Hidden Fields.

The Telescopes MP3s or CDs

The Telescopes on Spotify