The Whip – Wired Together 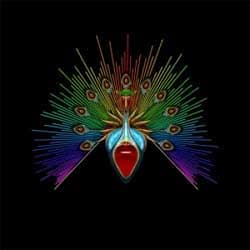 No. No, no, no, no, no. The epithet “alternative” should not be bandied about as papering over the cracks. A dance track devoid of an arresting progression, razor-edged hook or provocative refrain isn’t simply “alt-dance”; it’s rubbish.

So Oldham-based The Whip face a tricky task with second long-player Wired Together: their 2008 debut X Marks Destination bestraddled a genre or two – a touch of indie, a touch of house, a touch of rock – with mixed results, recipients clashing as to whether it represented a deft-handed mosaic of modes or a highly-stylised mish-mash that was neither here nor there.

Have the four-piece taken this opportunity to leap from the fence and stake a claim to credibility in territories the have so far only swiped at from afar? Have they shed keys and beefed up their beats, careering into the industro-dance complex of Prodigy and their ilk? Have they pursued pop purity a la Metronomy? Have they dialled up their Longcut-style guitar elements?

None of the above. Wired Together saunters forth on entry-level dance-rock ill fitting of its own swagger, its composition one of common denominators flung haphazardly into the mixing bowl. Bombastic, simplistic synth? You got it. Weapons-grade beats that vary neither one way nor the other? Right here. Formulaic dance structuring? Of course.

Yet Wired Together’s unimaginative sound is not its greatest vice; rather, it is the generalised, rather vacuous first-person narrative that runs throughout and renders the listener’s experience akin to grading a sub-par school poetry project. “We move on much too fast / Nothing these days is built to last,” runs the album’s opening gambit on Keep Or Delete, delivered as if it is the most profound sentiment of the year. It is, essentially, Kasabian without the guitars.

The similarities with Leicestershire’s finest don’t end there: The Whip’s formula is one of reiteration, couples of couplets repeated ad nauseum as the backing track – always the same layering of beats and synth – crescendos to climax. The otherwise enjoyable Movement illustrates: “You put the noise in me / I can follow your steps and repeat your moves / you put the moves in me / I can take my notes and rest my case.” Make sense? No? Doesn’t matter. It’s almost as if vocals are in the mix to sound good rather than mean anything.

Beyond lyrical inanities and shoe-horned rhymes there are, of course, redeeming features here and there: The Riot is disorderly enough to induce the daftest of dance routines (if you can ignore its overwhelmingly insipid sentiment); Best Friend retro-styling is ever so slightly Erasure-esque; Slow Down’s seven closing minutes are home to more interesting ideas than the preceding nine tracks combined.

A harsh interpretation, perhaps, but one that is not entirely unjustified: Wired Together is a patchwork of half-finished schemes – loud enough to give you a headache, bland enough to stop you thinking – that pales next to its genre contemporaries and seems to aspire to little more than making a trendy noise.

The Whip MP3s or CDs

The Whip on Spotify