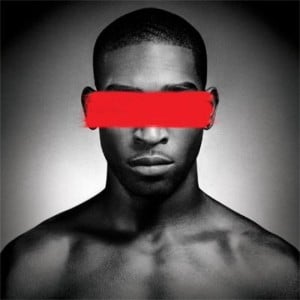 When Tinie Tempah (born Patrick Chukwuemeka Okogwu) first carted out his neo-wideboy schtick, it was gloriously tongue-in-cheek and refreshing. Here was a hip-hop/grime peddler who clearly didn’t take himself seriously and, rather than opting for VIP lounges and diamonds, he was content to whip out puns and infect the UK dance scene with some of the biggest honest-to-god bangers in recent memory. Pass Out was, and still is, more choon than many can handle. Over the years since his clunkily-titled debut Disc-Overy, he’s scooped BRIT Awards and (presumably) bought himself a bigger wardrobe so he no longer has to stow his garments at his aunt’s. Put bluntly, he’s top dog now.

Demonstration is the culmination of all those experiences and memories of the past three years. Delayed copious amounts, it’s finally come to fruition, just short of becoming grime’s Broke With Expensive Taste/Chinese Democracy. Clearly, Tinie Tempah has made a few friends on his ascent up the ziggurat – almost every track on his second LP features a guest appearance by a famous pal or two. The knob-twiddling duties are tackled by a veritable swarm of producers, including Tom Rowlands of the Chemical Brothers). This is a massive collaborative project. That’s probably the reason it’s such a chaotic, unwieldy mess. It’s that old proverb: too many cooks spoil the new album. Or something.

After announcing that he’d like to work with Sleigh Bells, James Blake and Lykke Li, for some reason or another, he’s opted for the perennial guest 2 Chainz, his main producer Labrinth and scene vet Dizzee Rascal – no huge surprises, really. There is a couple of more interesting choices in the form of Ella Eyre and Laura Mvula, but on the whole, it’s a quick bout of namechecking and dutiful slots. A Tinie Tempah x James Blake duet, in hindsight, would’ve been a wise, wise decision.

The Balistiq-produced Don’t Sell Out is a strong cut, featuring an unnamed MIA-style vocalist. Crunchy handclaps and jerky hooks work a kiss of life on the record, and Tempah’s lyrics are fascinating to listen to – he compares himself to Othello and nods to everything from the Queen to Celebrity Juice – if utterly misogynistic: “Got girl in Oklahoma/ and the LA girl that do yoga/ a girl in Amsterdam that’s a stoner/ and a sexy female chauffeur/ and a girl that makes a racket – I call her Anna Kournikova!” The pace and frequency of these kinds of claims come across more like desperation than believable (obviously they’re not real, but still, when Kanye or Jay say it, they say it with conviction). Tempah has gone from rapping with a knowing wink or a glint in his eye to unloading a lewd spiel sans wit. Between the outlandish, ever-so-slightly dated dubstep, rap, trap, D&B and grime cuts, there are a few sickly ballads featuring soul beacons like Emeli Sandé and Paloma Faith. Piano schmaltz ensues.

Yet Demonstration will ensure Tinie Tempah will remain a titanic deal in UK pop. His early material garnered enough acclaim to fund him for years, and the music on show on this follow-up release is middle-of-the-road enough to have the broadest of appeals. It’ll sell handsomely even if, as history has proved many times before, that’s never an indication of quality. Remember The Ketchup Song/Aserejé? It went to Number 1 and sold 600,000 copies.