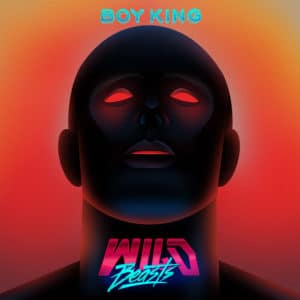 Ever since they first emerged from Cumbria in the late 2000s with their debut album Limbo, Panto, Wild Beasts have been one of the most consistently interesting, intelligent bands in the UK.  Boasting a highly idiosyncratic combination of angular yet strangely insidious melodies, poetic lyrics and atmospheric, art-rock backdrops, topped off by singer Hayden Thorpe’s soaring falsetto, the quartet rapidly built a body of work that established them as the direct descendants of ’80s luminaries like Talk Talk and Hounds Of Love-era Kate Bush.

Following the modest success of Limbo, Panto, they went up a gear with the more confident, subtle song craft of follow up Two Dancers a year later, before arguably reaching a career to date peak with 2011’s Smother, a gorgeous, shimmering, challenging yet accessible record that perfectly encapsulated all their strengths.

Appearing after a three-year gap, 2014’s Present Tense was a slight disappointment compared to the heights Wild Beasts had scaled before. Stylistically similar to Smother but lacking that album’s tense beauty and cohesive grace, for the first time it felt like the group were treading water to an extent, with a lack of any real standout songs. By the standards of most of their peers it was a very high quality offering, yet it begged the question of where the Kendal boys went next.

Boy King gives us an emphatic answer. It introduces an altogether bolder, brasher Wild Beasts, with the volume ramped up and their primeval instincts, previously hinted at but never given free rein, allowed to fully break loose. First track Big Cat, following in the group’s tradition of strong album openers, struts and postures with a new assertiveness, its pulsing electro and refrain “Big cat/top of the food chain” a clear reference to male sexual prowess. Wild Beasts have always had a deeply sensual feel to their music, but while in the past it’s been controlled and understated, on Boy King its suddenly front of house.

Tough Guy continues in a similar vein; stuffed full of abrasive synthesisers and confrontational lyrics about being “all fucked up” and “a virgin killer”. It also features squalls of ’80s-style cock-rock guitar – a very un-Wild Beasts instrument you would think, but strangely fitting for the mood they’re seeking and characteristic of what’s to follow. Alpha Female is a sweaty celebration of similarly sexually aggressive women, while Ponytail seems to focus on breaking down the resistant of an initially less enthusiastic partner. Boy King is, in short, a study of insatiable masculine coital desire that pulls few punches in its depiction of lust, misogyny and, in places, the underlying self-doubt and loathing that lurks beneath the bravado.

American producer John Congleton has worked with the likes of John Grant, The War On Drugs and St Vincent and he gives Wild Beasts’ sound a new directness, simplicity and glossy sheen. This undoubtedly works in the context of the subject matter and style of the songs, but also loses some of the murky, abstract qualities and intricate layers that made their earlier records so compelling. After 40 minutes plus of this new, testosterone-soaked Wild Beasts, one does start to yearn a little for their more sensitive side. It’s only really in the final song, Dreamliner, which begins with just Thorpe’s voice and a gentle, percussive echo, where we get the kind of slow building pleasure that made Smother so rich a record.

After the crossroads moment that was Present Tense, Boy King is undoubtedly a powerful statement of intent from a talented, ambitious group of musicians clearly keen to explore new and bold territory. Yet by making this call, they have also sacrificed some of the crucial nuances that made Wild Beasts stand out from their peers in the first place.