Wolf Alice – My Love Is Cool 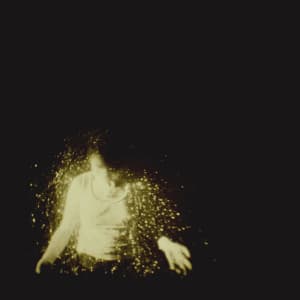 You just know that when an album gets a huge amount of attention before release, it’s never going to live up to expectation, don’t you? There hasn’t been ‘hype’ as such surrounding London quartet Wolf Alice in the run up to the release of debut LP My Love Is Cool, but there’s been a gathering snowball of appreciation that has propelled the band through years of gigging since their 2010 formation, and excitement at the album’s imminent release is now huge.

Wolf Alice (name taken from literary references in case anyone’s wondering) have released several songs already, many of which don’t see an outing on My Love Is Cool, and when you hear the quality of those left behind, it’s easy to see why such a weight of expectation sits on their young shoulders regarding the album. The sparse, online only release from 2012 – Leaving You – is one such omission that would have enhanced the album, as is the excellent heavier, rockier number Moaning Lisa Smile, the synthy swirls of Every Cloud and the racing She from 2013’s Blush EP; it’s frightening, really, that songs of such quality can be deprived of an album presence completely, it’s criminal in fact, but it’s a huge testimony to My Love Is Cool.

Some 20 songs dating back years were taken into Wood Green studio for producer Mike Crossey (Arctic Monkeys) to assess with the band before the final line-up of 13 were formed. Of the earlier releases, single Bros and Fluffy from 2013 are the only two to grace the album: Bros is a masterpiece that thankfully doesn’t ask the question of “when will I, will I be famous?”; Cocteau Twins-like glittering guitars from Joff Oddie instead provide a compelling backdrop for Ellie Rowsell’s floating vocals and Joel Amey’s thrilling drum pattern. A revamped Fluffy is cut from the same heavy cloth as Moaning Lisa Smile throughout its lengthy instrumental opening, before turning into a foot-tapping delight furnished by sawing guitars and screeching vocals.

The stop start verses of the grammatically confusing Your Loves Whore takes up a bubbly presence before Theo Ellis’s bassline kicks in alongside some excellent Suede-y guitar work and gorgeous vocals for another brilliant effort, whilst the infectious melody of Freazy provides a sublime poppier moment as the band’s eclecticism takes hold. Single Giant Peach enters the fray with another instrumental passage, possibly one of the longest intros a single has seen for some time; needless to say, it thrills, before concluding with a thunderous riff reminiscent of Black Sabbath.

Another reworked effort, You’re A Germ, is a further single from the collection and another detour; its shouted bridge leads to a vitriolic, expletive spat chorus of “you won’t go to heaven cos I’m taking you down to hell” and “you’re a dirty fucker as well,” providing a venomous contrast to the generally soft vocal performance by Rowsell elsewhere on the album.

There are too many highlights to mention but Swallowtail arguably surpasses the lot: this time it’s Amey providing dusty vocals. Wispily floating in on a subtle wave of acoustic strumming, his voice soars to an absolutely spellbinding falsetto, delightful electric guitar flecks then adorning the track as it builds into something rather epic before crashing out in a dramatically thunderous, spacey, swirling about turn; it’s utterly gorgeous.

So, despite expectation of the album putting pressure on the band to deliver, they have done so tenfold. It’s as good a debut as you could hope to hear, a fresh injection of pure brilliance and beauty to a genre that is creaking under the weight of mediocrity and a lack of adventurous inventiveness. If they’d included those excellent early songs too then we’d arguably have the album of the year; without them we’ll just have to make do with an album of the year contender.