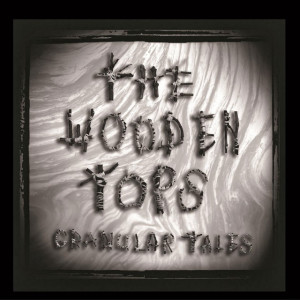 Let’s go back to the ’80s. Not the ’80s where leg-warmers, snoods and linen jackets with the sleeves rolled up ruled the roost though. Rather, let’s go back to that weird, quirky and slightly intimidatingly cool world of ’80s indie. A world where that word didn’t mean four white skinny guys in black jeans signed to Columbia, but where indie actually meant indie, where names like The June Brides, The Field Mice and The Shop Assistants ruled the roost. And where The Woodentops quietly and unceremoniously released one of the best albums of the decade.

Giant, the Northampton quartet’s debut record, was a truly special achievement – a collection of frenetic pop songs, augmented by elements such as marimba, accordion and trumpets. Tracks such as Good Thing and Love Affair With Everyday Living sounded fresh and exciting, and they followed it up with the brilliant single Well Well Well. Then, after a line-up change and a second album that failed to live up to its predecessor’s high standards, they quietly split up.

Now, 26 years after that difficult second album, they’re back with their third record Granular Tales. There aren’t many bands who can take a break of over a quarter-century and still sound like they’ve never been away, but The Woodentops are one of them. The songs may be less frantic and rockabilly-influenced than usual, but that all-important chemistry between lead singer Rolo McGinty and his band-mates is certainly present and correct.

Thankfully though, they’ve not tried to recreate former glories. Granular Tales skips about all over the place, stylistically speaking – from the broody, low-burning opener A Little More Time, to the funky dance beats of the excellent Smokin’ right through to the tearful, almost Spanish lament of Because Of You. A song like Conversations seems to mix several different sounds together, beginning as a gentle reggae lilt before exploding into guitar-heavy rock halfway through.

There are times on Granular Tales, especially on the aforementioned Smokin’, when McGinty sounds uncannily like Jarvis Cocker, and those who miss Pulp will find much to satiate themselves with on this album. Yet it never sounds dated – although at times this sounds like vintage Woodentops, tracks such as lead single Third Floor Rooftop High is full of the energy and invention that you may expect from bands half their age.

It would be easy to decry McGinty and his fellow Woodentops for attempting to cash in on the seemingly never-ending stream of ’80s nostalgia. Yet they were never really a best-selling band, and very much remained a cult concern. It’s hard to see Granular Tales changing this – while it’s accessible, it’s never flat-out commercial pop thankfully – but it’s certainly the sound of a band recharged and ready to recapture what made them so special in the first place. Hopefully, the fourth album will be released before 2040.

The Woodentops MP3s or CDs

The Woodentops on Spotify