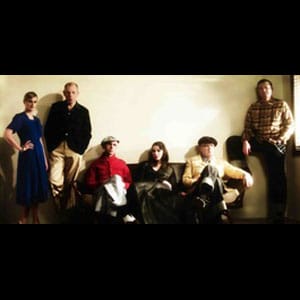 Electric Picnic Day 2 opened with more uncharacteristically sunny weather from an Irish summer which spent June and July playing at monsoon season. While burbling about the meteorological conditions is the preserve of the worst kind of festival bore, the sun made for a great atmosphere as the Trinity Orchestra opened up the main stage playing Pink Floyd‘s Dark Side Of The Moon in its beguiling entirety.

Meanwhile before a justifiably bigger crowd than they drew two years ago when they opened the main stage festivities, Heathers held the tent’s bleary gaze with harmonies and songwriting chops that are starting to justify comparisons with Tegan & Sara. Their reach outside Ireland has so far come from soundtracking the Visit Ireland ads, but a breakthrough in the UK must surely be on the cards now.

Also repping are we still using that one? for the home team, Dublin seven-piece Tieranniesaur were a noisy, ramshackle delight. Fronted by Annie Tierney, occasionally to be seen helping out with her brother’s band Republic Of Loose, they pop out one infectious indie pop confection after another, shaking off hangovers like aspirin delivered via water cannon.

Later in the day, Bellowhead bring old-fashioned British folk to the festival, managing to sound bigger and bolder than most of the ‘real’ rock acts and over-amped indie types strutting the stages. Along with the utterly delightful tunes they easily took the crown for the best intro of the weekend before the wonderfully-named Wont You Come Down To Yarmouth Town: “This is a song about free lovein Norfolk.”

Dexys the 21st century reboot of Dexys Midnight Runners delivered a dramatic and at times confusing set to a mid-afternoon crowd that seemed eager for them to get to Come On Eileen. Those willing to give Kevin Rowland and band some free rein were rewarded with some perfect playing and a handful of classics.

Hailing from nearer afield (Kells to be precise), the terribly-named Ham Sandwich are absolutely glorious live. They pinball from gentle to heavy and back again with poise and front woman Niahm Farrell is mesmerising. They’ve yet to make much of an impact in the UK but deserve a bigger spotlight for their cover of Donna Summer‘s I Feel Love alone.

The afternoon turned electronic with SBTRKT forcing the crowd to submit to their dancing urges and Crystal Castles wailing all over the Main Stage. As usual the latter sounded like a crazed woman having a breakdown in an abandoned ’80s amusement arcade. Whether that sounds like a good thing depends on your taste.

Saturday evening at Electric Picnic was the time for legends. In a tiny tent, John Cooper Clarke delivered a speedy set before being subjected to an interview that lingered more on the artists who love him than his own brilliance. Still, it did throw up the speed punk scarecrows take on Mark E Smith: As ever, hes a work in progress

On the main stage, The Cure were given the reverence theyve earned and then some with a three hour set that featured plenty of hits but meandered a little too often for a festival crowd not necessarily well-versed in Robert Smiths back catalogue. The event couldnt help but feel a little bit like sex with someone who knows how to please you but then goes on far too long to prove their stamina.