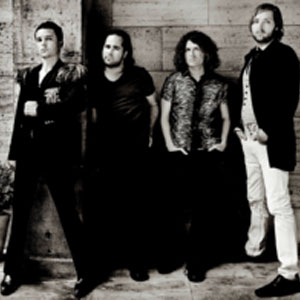 Our flight from the hangover rattling sounds of Dublin Gospel Choir, the whitest gospel choir in the world, led to the a sparsely attended tent where Milagres put in a solid bid for best new band of the weekend. The Brooklynites serve up dramatic indie rock that lives in the same territory stalked by The National.

Of all the acts taking to the main stage, Elbow felt most at home and in charge, engaging with the audience like no one else. After so many summers conducting singalongs and tweaking the emotional levers of lachrymose festival fans, Guy Garvey is a master. Grounds For Divorce, Leaders Of The Free World and One Day Like This all sounded huge even before the crowd came in.

One of the strengths of Electric Picnic is its commitment to bringing in other areas of interest beyond music. The literature and science tents were fascinating all weekend. The highlight not counting the amazing Scientific Sue was the duo of Glen Hansard and Roddy Doyle. Hansard memorably featured in The Commitments, which was written by Doyle, and the pair have been friends for a long time. The warm affection they have for each other was evident in an hour long tag team of readings and songs. Doyles new book made up of Dublin pub dialogues promises to be a hoot while Hansards first solo album, Rhythm And Repose, is a bracing collection that only gets better with repeat listening.

Sunday evening took a thoughtful turn with a face off between Bat For Lashes and Tindersticks. Natasha Khan aka Bat For Lashes pleased the crowd by actually making her appearance after cancelling on the festival two years ago. Reliably by turns ethereal and energetic, Khan can captivate a crowd, but if youve seen her once, youve seen all the tricks. Tindersticks, meanwhile, remain gnomic and ponderous in the most wonderful way. Selections from their new record, The Something Rain, sounded simply wonderful live.

The Killers and Hot Chip brought the mood and the tempo up but offered quite different takes on euphoria. The Killers have enough big singalong songs to please any main stage crowd but, despite emerging from a quiet period, they feel a little lazy. While the band was musically on point during tracks like Somebody Told Me, they sounded sloppy on less popular tracks. Conversely, Hot Chip felt utterly present as they turned the audience crammed into the tent to see them into a roiling mass of limbs.

Appropriately, the closing act of our Ireland adventure this year was the none more Irish Glen Hansard, playing his first full-blown solo show at Electric Picnic, two years after The Frames once again conquered the main stage. Delivering homilies in honour of the festival in between songs and bashing out old favourites including Fitzcaraldo and Revelate alongside tracks from his new album, Hansard played with heart, hammering away at his acoustic guitar and hollering.

In a year when Glastonbury sat fallow and many British festivals just went through the motions, Electric Picnic provided an excellent alternative. Its worth suffering a RyanAir flight and the schlepp down to Stradbally from Dublin, we promise you.