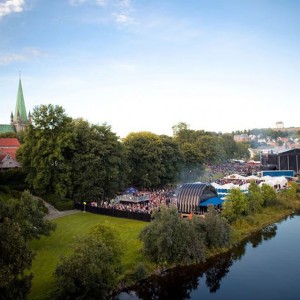 London can seem like the centre of the music universe. Everybody comes to play in Europe’s largest city, a metropolis replete with hundreds of dedicated music venues in which artists of every level can find an audience. And taking place in the British capital and beyond, in what its denizens regard as their hinterlands, are festivals almost without count. The UK’s festivals market isn’t as saturated as in the pre-depression days of 2007, but events ranging from family-friendly one-dayers to Europe’s largest music festival, at Glastonbury, cater for just about every whim, taking in genre-specific programmes and generalist set-ups, with capacities of a few hundred to over a hundred thousand.

Such domestic choice at hand begs the question, why would a London dweller go to a festival anywhere else? The now-standard answer mentions ‘the weather’ and ‘the price of drinks’ and nods in the direction of Barcelona, especially Sónar and Primavera Sound; and both of these events make convincing cases beyond weather and drinks for artistic booking policy being the true draw of a foray abroad. Going to a festival in another land becomes less a case of being tired of London and therefore life, as that old bore Samuel Johnson might’ve had it, and more about seeing things from a new perspective. Better to advance Mark Twain’s stance on these matters: “Broad, wholesome, charitable views of men and things cannot be acquired by vegetating in one little corner of the earth all one’s lifetime.” For all its joys, London is but one such little corner.

Another little corner is Trondheim, founded by the Vikings over 1,000 years ago. Norway’s former capital and now wholesome third city does not pretend to offer Barcelona’s weather – though a pleasant summer climate prevails – or Prague’s cheaper-than-water beer prices. Nor does it offer up a range of state of the art venues to rival Hamburg’s. Instead, it is an agreeable if not exactly bustling place where, each year, Pstereo is held for the benefit of the whole city, in its historic centre.

The relaxed, two-day event – pronounced ‘Stereo’; the P is silent – takes place from early evening till midnight on Friday and Saturday, with a range of participatory events organised during the days to appeal to and inspire children and attract families to the festival site. This consists of four outdoor stages, far enough away from each other to avoid sound bleed, which all offer views of the meandering River Nidelva and the city’s most prominent landmark, the Nidaros cathedral. No more than four acts play on each stage each evening, with the largest two stages alternating time slots, ensuring there’s always something to watch and plenty of time in which to watch it. And the artistic booking policy is, to say the least, eclectic. 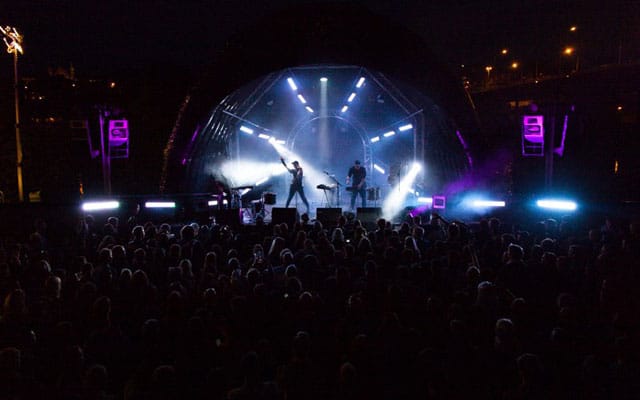 On Friday, on the Kanonscenen stage, Savages are poised, in black and compelling. Their set, perfected over countless gigs in dark rooms and bright fields during 2013, is now as tight as a set ever could be, and Jehnny Beth’s powerful vocals anchor the cacophony around her. Australian-Swedish electropop melange Kate Boy, whose first London live date was just two months ago, play on the smaller Bastionen stage where, earlier in the evening, 24-year-old Norwegian Emilie Nicolas – who has a track called Pstereo, surely confirming that the Norse gods were aligned for her appearance here – offered up sparse melancholic soundscapes replete with hints of harmonic pop nous.

Earlier still, Dry The River, a band rarely mentioned in sentences that don’t also include the words Mumford And Sons, show why this might be so with a set of earnest folk-rock on the Elvescenen stage, ahead of a complete change of style and substance with Oslo rap group Karpe Diem. Later on The xx make for a curious headline choice, topping off the main Elvescenen stage with their precise, downtempo songs and – thankfully – lots of impressive lighting to distract from their static stage presentation. The first night of Pstereo 2013 thus ends with a breathy sigh rather than a bang. 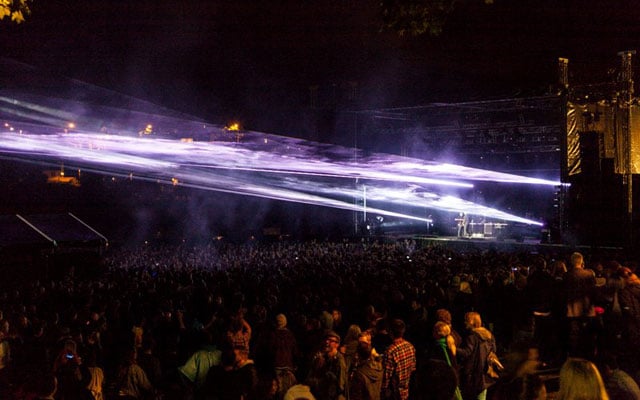 The variety continues on Saturday, with Colorado’s Wovenhand opening the main stage ahead of leather-clad stoner rock compatriots Monster Magnet, while Norwegian prodigal former model Carmen Villain opens on the Basstionen stage with songs from her debut album Sleeper. More from across the pond arrived on the Kanonscenen stage in the shape of Wisconsin’s Phox, who are all sun-dappled whimsy in comparison with the roars and riffs elsewhere. Up at the Tempo stage, Norway was well represented by singer-songwriter Christoffer Øien, who speaks – in Norwegian – for almost as long as he and his band plays to a rapt audience hanging on his every word.

The festival closed out with the bemasked, trippy theatrics of Goat, returning local psych rock heroes Motorpsycho – who played their 1997 album Blissard in full to a headline crowd – and a late arriving Dizzee Rascal, who’d overcome a missed connection in Oslo to gee up the Saturday night audience with new material from upcoming album The Fifth alongside his crowd-pleasing, party time post-grime hits Bonkers and Dance Wiv Me. A singer sporting a quite immense voice traded front man duties with Dizzee and another MC, on a stage adorned otherwise only by a DJ. Unlike The xx’s show the night before, extravagant lighting wasn’t required to provide something to look at – the energy flowing from the stage was palpable. If weekends are about letting loose and having fun, the current incarnation of Dizzee is the man to start the party.

Anyone who’d missed Harlem Shake originator Baauer (rounding out the Basstionen stage), youthful Norwegian producer/DJ Cashmere Cat or Phox could catch them at late night gigs in cosy club bars in town until 2am as Pstereo wound down for another year, leaving the whole of Sunday in which to recover – time enough, perhaps, for a trip to Norway’s national museum of popular music, Rockheim. A showcase for Trondheim and a way of thinking about who live music is for and how it can best be experienced, as much as for the artists chosen to play there, Pstereo is a breath of fresh Nordic air. 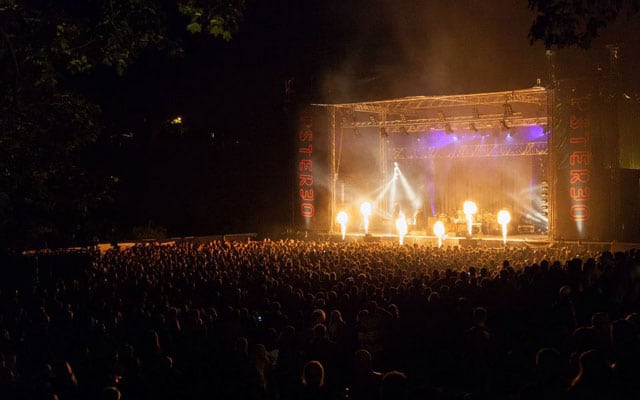